Twitter Astonished as Trump Fires Off His Ninth Tweet in 102 Hours About the Hurricane Hitting Alabama (Don’t Panic, It’s Not) 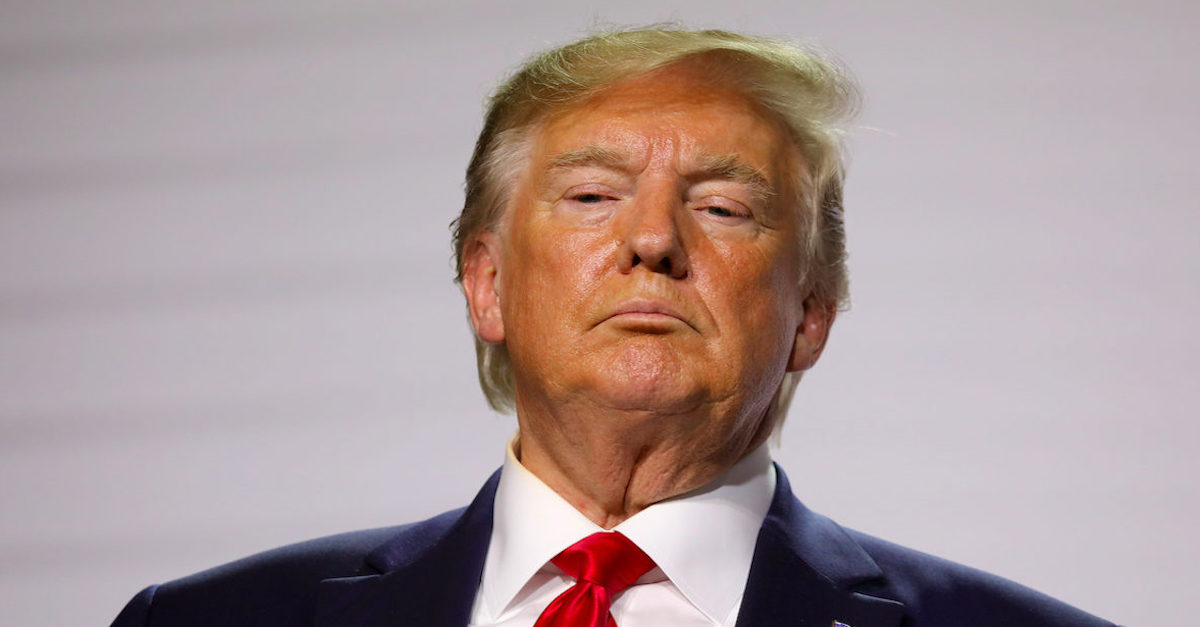 That sums up much of the reaction to President Donald Trump’s latest tweets — in which he, astonishingly, continues to defend his tweet from last Sunday claiming Alabama would be hit by Hurricane Dorian.

“Just as I said, Alabama was originally projected to be hit,” Trump wrote on Thursday afternoon. “The Fake News denies it!”

Just as I said, Alabama was originally projected to be hit. The Fake News denies it! pic.twitter.com/elJ7ROfm2p

That Twitter dispatch was the president’s eighth on the subject in the past 102 hours. His ninth followed moments later.

“I was with you all the way Alabama. The Fake News Media was not!” Trump wrote — in an effort to paint himself as the state’s biggest hero this side of Crimson Tide football coach Nick Saban.

I was with you all the way Alabama. The Fake News Media was not! https://t.co/gO5pwahaj9

The reaction to this pair of nonsensical tweets has ranged from disgust to bewilderment:

The storm is actually battering the Carolinas right now. https://t.co/q4wylEIc8l

As Dorian strikes the Carolinas, the president digs out old maps in hopes of proving that his original tweet was correct. https://t.co/sospEDcN3c

As Dorian strikes the Carolinas, the president digs out old maps in hopes of proving that his original tweet was correct. https://t.co/sospEDcN3c

Either Trump is spending his days being an internet troll or he’s really this unhinged.

I will Venmo a WH reporter $7000 to ask Trump to explain literally any part of any of these maps https://t.co/h9fl9d5HGO

He’s obviously not going to let this go and these maps are not at all vindicating. Three days after these were produced when Dorian’s track had shifted dramatically east, Trump falsely claimed “Alabama, will most likely be hit (much) harder than anticipated” confusing the public https://t.co/fx9Ncacghq

The real story here —as confirmed by the maps he has now tweeted—is that Trump declined to warn Tennessee that it too was in Dorian’s path https://t.co/YUpIc1Rwjp

This is performance art, right? https://t.co/rr577aTKvK

This is the weirdest hill to die on. https://t.co/EX3qlomdZZ

As the storm is literally battering the Carolinas, Trump is showing forecasts from Wednesday/Thursday of last week to justify tweeting on Sunday of this week that “Alabama will most likely be hit (much) harder than anticipated.” https://t.co/WcsFYW7ZLv