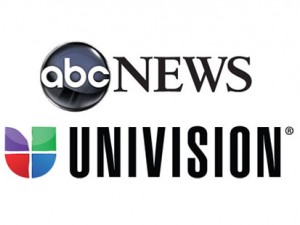 ABC and Univision have announced they are launching a new English-language cable channel aimed at Latino Americans.

According to ABC News President Ben Sherwood, the channel will be a “a 24/7 news, information and lifestyle network primarily in English that will serve the youngest and fastest-growing demographic in the country: U.S. Hispanics.”

“All of us at ABC News are thrilled to work with Univision,” Sherwood added. “Our mission is clear: To offer culturally relevant news, information and lifestyle programming to the large and thriving Latino audience in the United States. In these times of rapid change, we are very excited about this opportunity.”

Adds Isaac Lee, president of Univision News: “Univision News is proud to be working with ABC News in this groundbreaking venture to further deliver global news and investigative reporting to the fastest growing segment of the U.S. population which today is one of the most important influencers on the future of the United States and its role in the world. It will also provide all audiences with a multiplatform current events perspective on the issues that matter most to Latinos. This is an important moment for journalism in the U.S. and for the U.S. Hispanic community.”

Per the channel’s press release, Latinos currently represent “16 percent of the total population in the United States, a number that is projected to double to 30 percent by 2050. Hispanics are the fastest growing segment of the population, wield considerable spending power of over $1 trillion, and have an increasing impact on social, economic and political trends.”

Watch the announcement on Good Morning America, below: