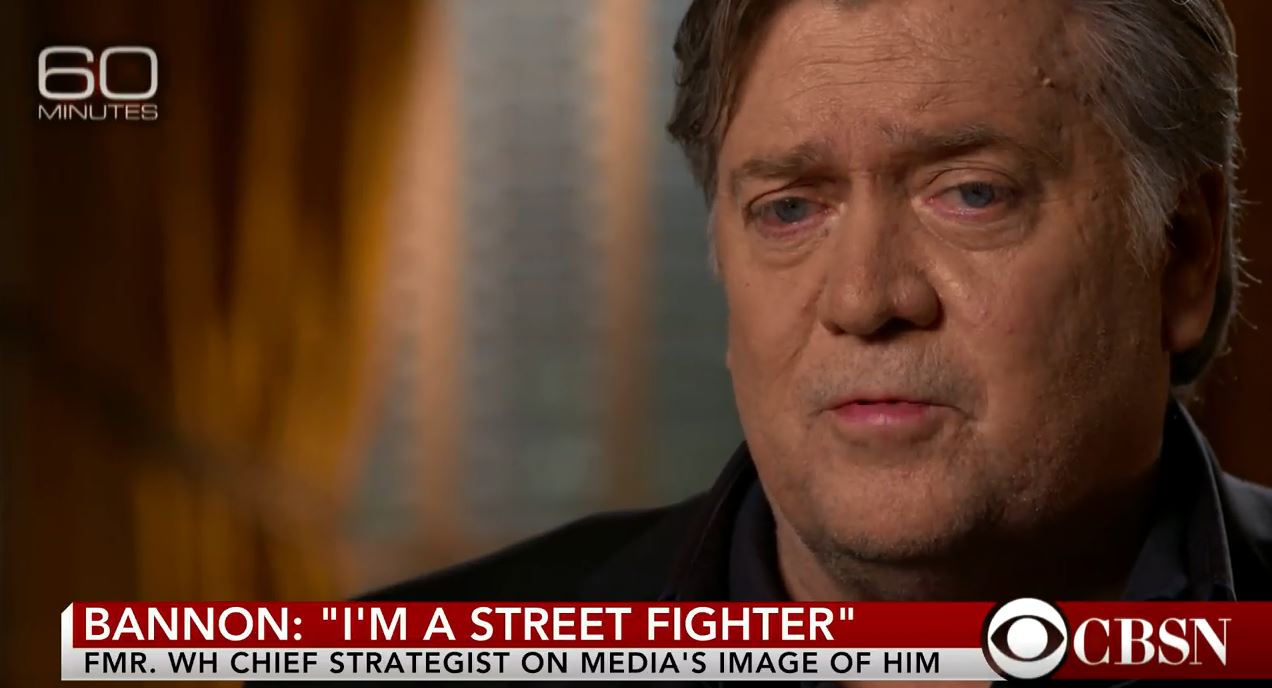 In a 60 Minutes interview, former White House chief strategist Steve Bannon appeared with CBS anchor Charlie Rose to discuss his tenure in the White House and his future plans. However, some of the more conspiratorial-minded in the right-wing media world believe the news network intentionally altered Bannon’s lighting to make him appear more sinister.

In a now widespread article — titled “Photographer Explains How CBS Uses Color Adjustments To Make Steve Bannon ‘Look Bad’ On 60 Minutes” — the fringe conservative site Gateway Pundit promoted the idea that CBS “used color adjustments to make the Breitbart News boss ‘look bad’ on television.” This article was then picked up and spread by right-wing media giant The Drudge Report.

Kevin Tedesco, an executive director for communications at CBS News, shot down the theory by telling Abrams Media‘s Rachel Stockman that this notion is “nonsense.”

Who was Gateway Pundit’s source for such an outrageous claim? That would be photographer Peter Duke, whose portfolio includes work for former Breitbart editor Milo Yiannopoulos, Trump fanboy Scott Adams, and conservative pundit James O’Keefe — demonstrating that his half-baked claim against CBS may have other motivations aside from the truth.

Twitter, as it has been known to do, had fun with the conspiracy theory by unleashing a wave of mockery on those in right-wing media who are promoting it:

Right. Bannon looked like Halle Berry before those witches at CBS made him look like, well, Steve Bannon. https://t.co/7cbL5G6E3L

I think CBS went a little heavy on the make up so viewers didn’t switch on the TV and think they accidentally tuned in to The Walking Dead.

2. This is the REAL Steve Bannon. Suck it lamestream media. #MAGA pic.twitter.com/iLTDuPMxqX

During his 60 Minutes interview, Bannon used his airtime to attack the administration for firing James Comey, hit Hillary Clinton for being “not very bright,” and layout his future ventures — where he describes as simply “[supporting] Donald Trump.”

Bannon received near-supervillain status among the media while working for the Trump administration, as many pundits considered his hard-line stance on immigration to be racist. His lengthy history of working in ultra conservative media did not do him any favors, either.