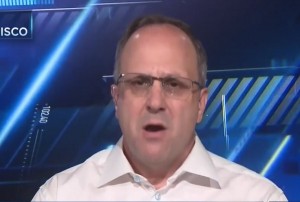 Paradata CEO and Donald Trump supporter Scott Slinker found a uniquely Trumpist way of complimenting his candidate of choice while inhabiting a CNBC panel on the perils of being an out and proud Trump backer. The guests were discussing the totally weird horror they encounter when people find out they’re supporting an overt racist for president, which one panelist likened to the reaction she’d get for revealing that her “dog is not a rescue.”  Slinker chimed in with one of the more bizarre metaphors you’re likely to hear on cable news, which is saying a lot: