CNN’s Chris Cillizza spoke with Brianna Keilar this morning about a rise in what he deemed “conspiracy theories” on the left against President Trump and the GOP.

Cillizza wrote a piece for CNN.com yesterday along the same lines, and in it he lists four examples of such:

Cillizza did note this morning that Trump himself has embraced quite a lot of conspiracy theories, but also argued that liberal dislike of the president is so high that they are “ready to believe anything” if it makes Trump and the GOP look bad.

And one of the chyrons that ran during the segment just straight-up asked if Trump is making liberals into conspiracy theorists: 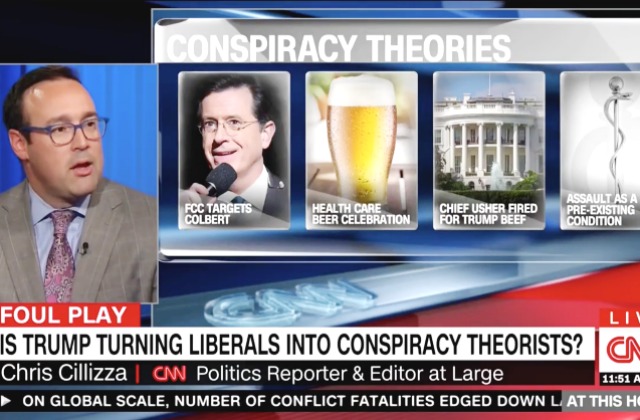