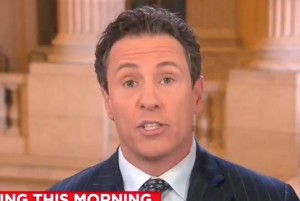 In the hours before President Obama‘s State of the Union address, the news media were in a frenzy over the 10 U.S. sailors who were detained in Iran, even as early indications were that it might not be a hostile situation. The crisis was framed as an embarrassment for the President, who touted the Iran nuclear deal in his speech, again despite no indication that it ought to be.

That was nothing compared to Republicans, though, who pounced on the unfolding incident as evidence of the President’s “weakness,” and of the obvious folly of the nuclear deal. Even after it was announced that the sailors would be released, Republicans like Ted Cruz still insisted that this was Iran defying the United States in advance of the nuclear pact’s implementation this week, and evidence of Obama’s diplomatic failure.

Not all of the facts are known yet, but so far, it looks like these sailors did, in fact, wind up in Iranian territorial waters, were, in fact, treated well and released almost immediately, and aside from some dodgy propaganda spin, the Iranians appear to have actually been more helpful than harmful.

On CNN’s New Day Wednesday morning, anchor Chris Cuomo took the rare step of bucking media and political hype to call out the bedwetters, and make the obvious observation that this can only be viewed as a huge success for diplomacy:

As the General said there, this was not something that raised itself to the level of the presidency. The Secretary of State made that clear early on. The question you suggest, that this could have gone the wrong way. We have to look at why. The more we learn about this, the more we learn that this was not a case of Iranian aggression, although we may have seen plenty of that in the past.

And yet there were so many here who were ready to make this an act of defiance of Iran and sign of political weakness. So it really is a window into the political climate that we are observing very acutely right now as we are at the U.S. Capitol.

Cuomo’s act of honesty is even more remarkable when you consider that, minutes earlier, his own network’s reporter was melodramatically hyping uncertainty:

“How were they treated by the Iranians? We are seeing a photo distributed by Iranian media of those sailors while they were were being held. You see some American troops there with very concerned looks on their faces, obviously, during this period of time, not at all sure what was happening to them.”

Actually, they all look pretty comfortable, if exhausted, and one of them is even smiling. I’m sure it was no picnic, but it looks more like the waiting room at a VA clinic than the Hanoi Hilton.

This incident will put the rest of the political media to the test, because they will all have the chance to ask these Republican candidates about their reaction to this crisis. Will they just let these guys pop off and move on, or will they, like Cuomo, force them to acknowledge reality: that this situation would have been much worse absent the diplomatic groundwork the Obama administration has laid.