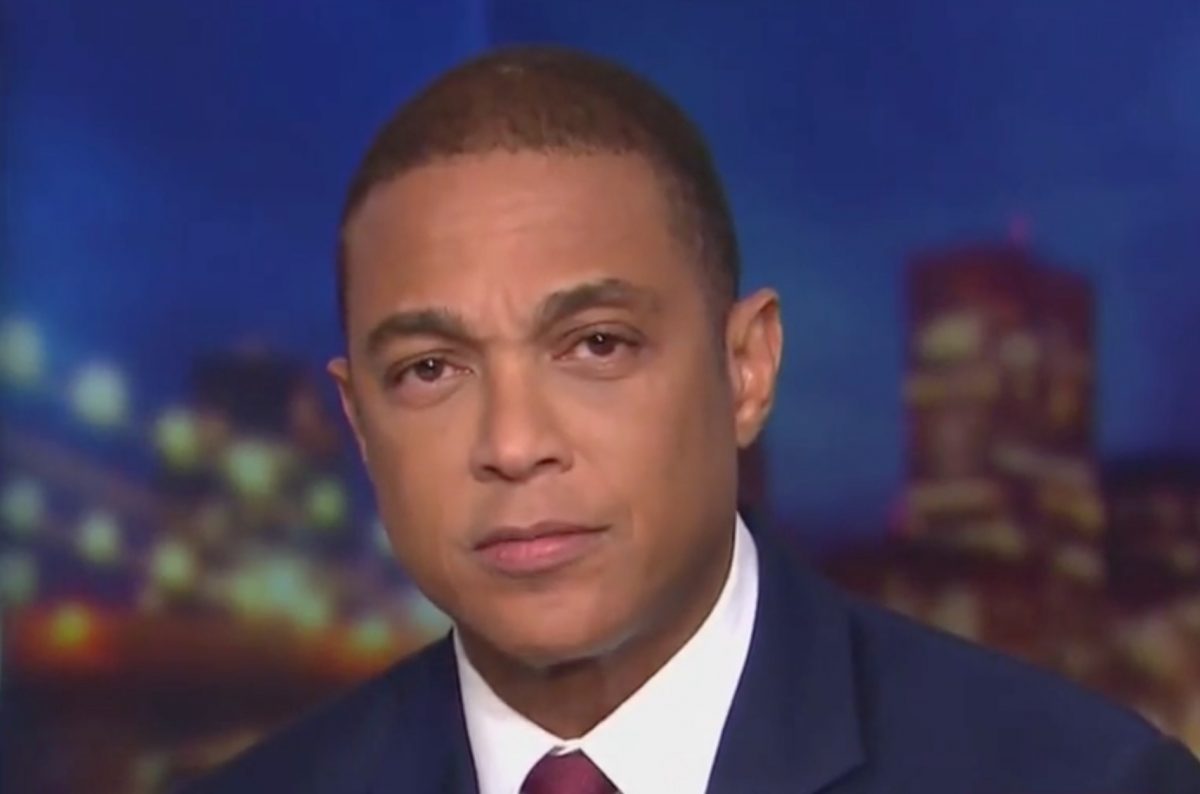 In response to the New York Times restricting their reporters from appearing on highly opinionated cable news shows, CNN host Don Lemon called the paper of record “extremely short-sighted” if they choose to include his program in the ban.

“I do not get the sense that they are banning reporters from my show. But, I don’t work for the Times so I can’t be sure,” Lemon said in an emailed statement to The Daily Beast. “However, it would be extremely shortsighted if they are when journalism is under attack. We should support each other. Period.”

The policy has been included in the Times‘ standards handbook, but the paper recently decided to start strictly enforcing it when it comes to news programs that delve more into opinion than straight coverage. The Rachel Maddow Show, The Last Word With Lawrence O’Donnell, and Lemon’s CNN Tonight are all shows that the paper may be required to blacklist, according to Vanity Fair.

Times Executive Editor Dean Baquet explained the new emphasis on following the guideline in a statement to The Daily Beast.

“We have always had a rule saying reporters should be wary of going on very clearly opinionated shows,” he wrote. “It isn’t meant as a commentary on any show, just our view that hard hitting stories like the ones we are doing should stand on their own.”

Baquet added that Times journalists will still appear on news shows when invited, but “the most sharply opinionated shows that give me pause.”

“I’m not sure which shows we will avoid. The line is increasingly blurred,” he continued. “Again, this is not an assault on our television compatriots. It’s my strong view that opinion and news need to be separated.”

“For over a decade, The Rachel Maddow Show has welcomed the best journalists from across the country and celebrated the hard work they do, day-in and day-out. This includes countless New York Times reporters and editors. That commitment to journalism is part of the DNA of the show.”

The Times’ new focus on objectivity in cable news could presumably cause problems for some of the paper’s top reporters who have inked contributor deals with MSNBC and CNN. One high-level cable news source who spoke to Vanity Fair suggested the decision could damage this symbiotic relationship between newspaper reporters and cable news shows.

“At the moment that Donald Trump became president, and print media was coincidentally in crisis mode from a business perspective, a significant contributor to the success of publications like the New York Times and the Washington Post was the exposure that their great work got on networks like MSNBC and CNN,” the unnamed network source said. “They are the beneficiaries of some very positive exposure for their journalists.”