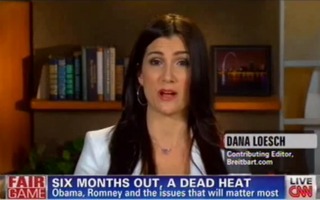 Romney’s criticism of the bailout of the automotive industry shows, in Zimmerman’s opinion, that he does not have the “leadership or skills to create jobs.”

Loesch laughed at Zimmerman’s assessment of Romney’s political position. She went on to criticize the Obama campaign’s attacks on Bain,. Loesch said those attacks mirror attacks waged by former House Speaker Newt Gingrich during the Republican primaries but were executed in an “even poorer fashion” by the Obama team.