Flood the Swamp: D.C. Gets Pelted By Furious Rainstorm and the Videos are Just Bonkers 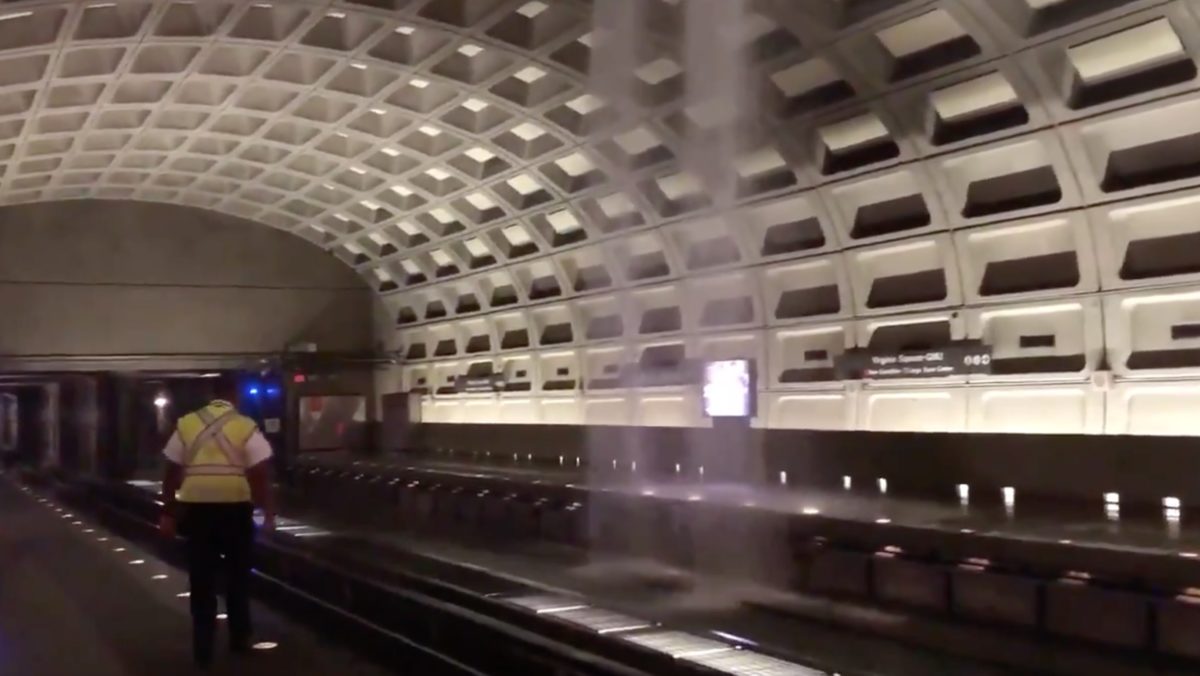 It’s an extremely rainy Monday in Washington D.C., and commuters are reporting that the water levels have gotten so intense that multiple stops on the Metro rail are getting flooded at an alarming rate.

The National Weather Service declared a flash flood alert earlier today for the capital and the surrounding areas of Arlington and Alexandria in Virginia.

Emergency situations have reportedly broken out on the Metro lines, plus the weather service has also announced that its already having a considerable impact on public transportation.

Multiple videos have been uploaded to Twitter showing floodwaters and major leaks in several stations.

Hey, @EENewsUpdates, I think I’m going to be late for work. @wmata pic.twitter.com/wg2ycFOp3L

The leak appears to be spreading in the few minutes I was watching. pic.twitter.com/0haFk7P1Ov

I’m advising commuters not to use the street elevator at Pentagon Metro this morning. #wmata pic.twitter.com/z8bNwAPcPG

Things are getting dicey outside the metro as well since a plethora of videos and pictures are showing flooding throughout the area:

#Update: Just in – i am getting reports the rooftop leak of the #Metro in Virginia square in Washington #DC, is linked to a flood above of heavy rain fall what is leaking into the subway. #US Video Credit: @b_radzinsky pic.twitter.com/6aWoqHOL0i

My wife just sent me this photo from underneath the Rhode Island Ave tunnel near the Metro station. She and other drivers are stuck there in the flash flood. This water only just stopped rising, she says. MPD/DC Fire trying to clear traffic out. cc @capitalweather pic.twitter.com/P9guQA8Bql

We used to have a creek and a yard. Now just a creek I guess. pic.twitter.com/xgXbUrXmTW

WATCH OUT: Large sinkhole in the roadway… on Belfast Road in Potomac, MD. My friend’s mother drive right up to it.. and stopped several other cars from driving over it. Called police. @WUSA9 pic.twitter.com/CIKrqrPraB

Incredible video just in from Alexandria where a torrent of water is rushing into an Old Town parking garage. Unfortunately my wife’s car is on level 2. ? Be safe out there folks – don’t put yourself or 1st responders in harms way. pic.twitter.com/wthG5lvJbm

Even the White House is seeing some flooding: