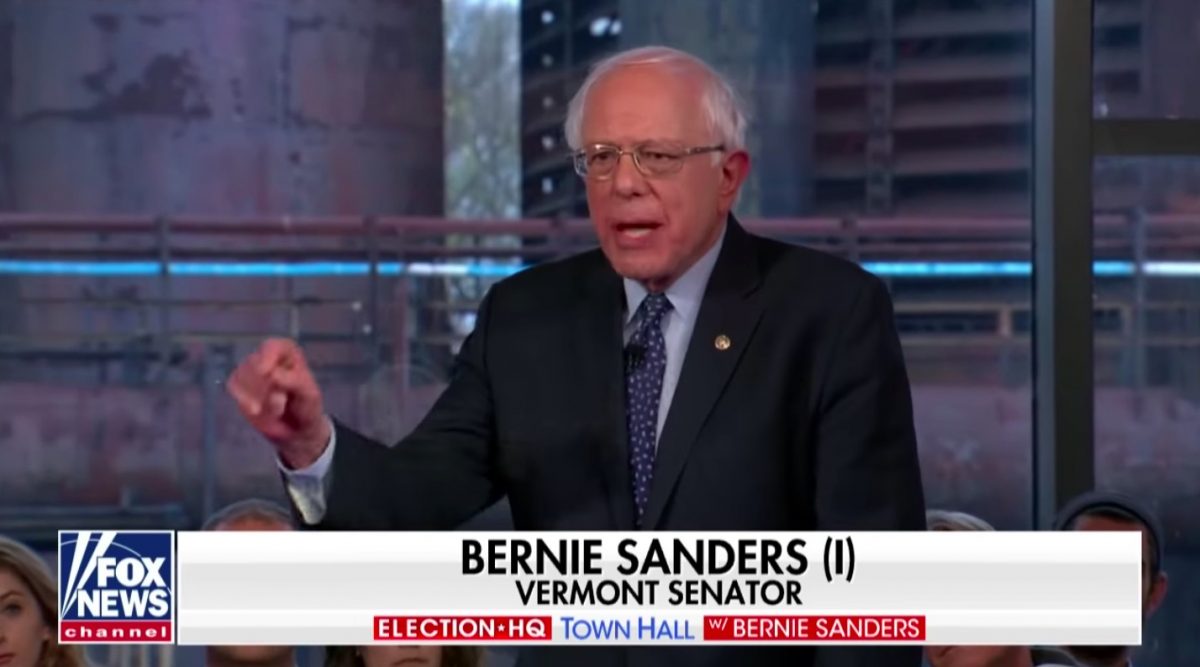 Most of the declared 2020 candidates have already held similar events on CNN, with more to follow. South Bend, IN Mayor Pete Buttigieg is reportedly in talks to participate in a Fox News town hall of his own.

The Democratic candidate held the event several weeks after the DNC announced they would not hold a primary debate on the network, and has since been criticized by some on the left due to Fox News’ recent spate of controversies.

During the event, Sanders was interviewed by Fox News anchors Bret Baier and Martha MacCallum. The most notable moment of the town hall was the crowd’s loudly positive reaction to the Democratic socialist’s Medicare for All plan.

Sanders also called President Donald Trump  “a dangerous president,” but called on Democrats not to “focus on him” or they will lose.

“Our job is to develop an agenda that speaks to the needs of workers and if we do that we’re going to win and win big,” he said.

The leading Democratic candidate later called on the president to release his tax returns after noting “the president watches your network a little bit.”

Trump was apparently watching Sanders remarks on his favorite network, as he tweeted how “weird” it is “to watch Crazy Bernie on @FoxNews.”

“Not surprisingly, @BretBaier and the ‘audience’ was so smiley and nice,” the president commented. “Very strange, and now we have @donnabrazile?”