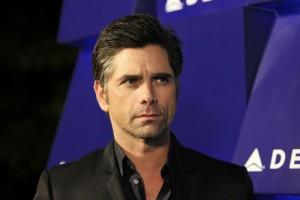 According to the confirmed reports, Stamos was pulled over at the intersection of Beverly Drive and South Santa Monica Boulevard at 7:45 p.m. Officers were responding to multiple reports of a Silver Mercedes driving erratically through the neighborhood.

The actor appeared inebriated — so much so that officers took him to the closest hospital so that doctors could check him out, while also confirming his condition. Stamos was arrested for DUI and issued a citation soon after. His court date is set for September 11.

TMZ managed to snag a photo of the actor during his arrest:

As of this writing, Stamos remains at the hospital seeking treatment. He hasn’t commented on the matter on any of his social media pages, and his representatives have yet to issue a statement to the press.

Thanks to everyone for their love & support. I'm home & well. Very appreciative of the BHPD & Cedars for their care.