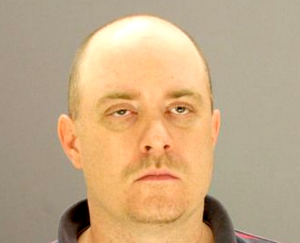 James Boulware is the suspect in the Dallas Police Department HQ shooting last night, and today we’re learning more information about him.

The police have not officially confirmed Boulware was the gunman, but are looking into him, and both of Boulware’s parents have already spoken out today. His mother confirmed to CNN that it was her son opening fire at the police building, and told NBCDFW, “We’ve been dealing with this for a long time. I’m glad nobody else was hurt.”

The Dallas police said that during negotiations, Boulware was screaming about the police accusing him of being a terrorist and taking his son away from them, threatening to blow up the HQ.

His father told The Dallas Morning News Boulware was angry with the police after losing custody of his son. Jim Boulware explained, “I tried to tell him that the police are just doing their job.”

Boulware had been arrested by Paris, Texas police two years ago for allegedly getting guns, ammo, and body armor, and threatening to attack his family and several public buildings.

Boulware ended up losing custody of his son after that, and he sold his house. His father said he saw his son just last night but didn’t notice anything wrong, but added, “I’m not saying he doesn’t have some problems of some kind… but you can push someone so far and everybody will break.”

Update- 1:55 pm EST: Dallas police confirmed this afternoon that the suspect is dead, though they aren’t ready yet to officially confirm his identity.

Update- 2:40 pm EST: WFAA is also reporting that Boulware has an “extensive history” with Child Protective Service, and the aforementioned 2013 incident was dismissed by the police.

Update- 3:25 pm EST: Boulware had also threatened judges and the police contacted the judges in response to those threats.

Update- 4:01 pm EST: One of the judges he threatened spoke out on CNN, saying his presence in court would always lead to heightened security.

You can watch CNN’s report on Boulware’s background here:

We will add more information as it becomes available.