CNN, on Thursday night, asked its audience to submit questions for CDC director Robert Redfield. But one submission slipped past the control room and made it to air, despite the fact that the viewer was asking about a condition which can’t be found in the medical books.

During CNN’s virtual town hall hosted by Anderson Cooper and Dr. Sanjay Gupta, a benign-looking question was posted on the bottom of the screen: 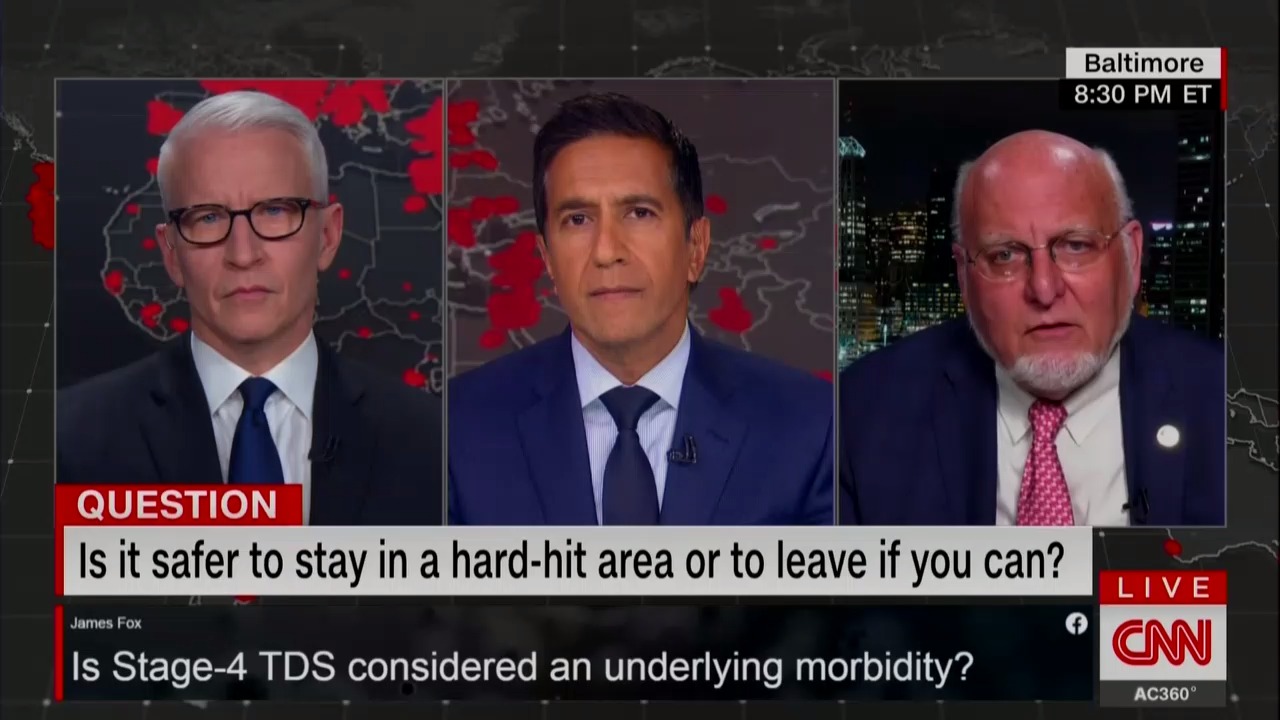 TDS — a term commonly found in conservative media — stands for Trump Derangement Syndrome. And so Stage-4 TDS exists not in med school texts, but rather, in the minds of people like Donald Trump Jr.

Redfield, thankfully, was not asked to weigh in on TDS.