Hannity Panel Goes Off On Nicki Minaj For Her ‘Performance’: ‘Imitating Madonna’
video

Hannity Panel Goes Off On Nicki Minaj For Her ‘Performance’: ‘Imitating Madonna’ 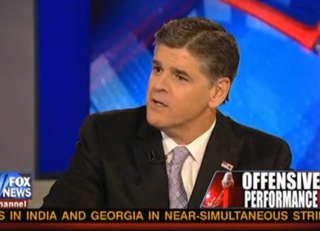 On last night’s Grammy’s (which, Adele aside, were not much to write home about), famous person of some sort Nicki Minaj made some noise on stage. The noise was accompanied by some unfortunate use of Catholic imagery, however, which means that conservative commentators all over cable news had to show their requisite outrage at the same thing Madonna has been doing for decades, but without any actual music. Sean Hannity accurately diagnosed the performance as a copycat of Madonna c. 1989, and the panel compared her offensive performance to the offensive policies of President Obama.

“To me it just seemed like, ‘let’s just pick another page out of the Madonna handbook… that always seems to work,” Hannity noted of Minaj’s show, which has been described by people who know what actually happened here as “a performance of the song ‘Roman Holiday.’” Guest Deneen Borelli did not seem to agree with Hannity that it seemed contrived and boring, instead seeing it as one more attack by the enemies of the church. “Look who is on the head of this list: President Obama,” Borelli argued, “and then you have this chick, Nicki Mange, whatever her name is,” telling Americans, “we have the choice” not to buy records or vote for candidates. Guest Michael Myers appeared to fall on the more bored than outraged side, too, stating, “they’re imitating Madonna, imitating everyone who is an outrageous performer… they are equal opportunity performers.”

Here Hannity disagreed, with the caveat that “I don’t support boycotts, but there seems to be a double-standard.” The Catholic Church was fair game, he argued, but “what if this was against the Islamic faith?” Myers suggested that Hollywood “plays on stereotypes,” that there were plenty of stereotypes in all shapes, sizes and colors everywhere, but Borelli disagreed. She added a point that anyone who has watched a certain quota of cable news in their lifetimes should have seen coming from a mile away– that “you’re not going to see music videos with people running around in burqas, I don’t think that’s going to happen” because of the double standard the media has with Islam. To which I refer Borelli to M.I.A.‘s latest music video, “Bad Girls,” and namely this frame: 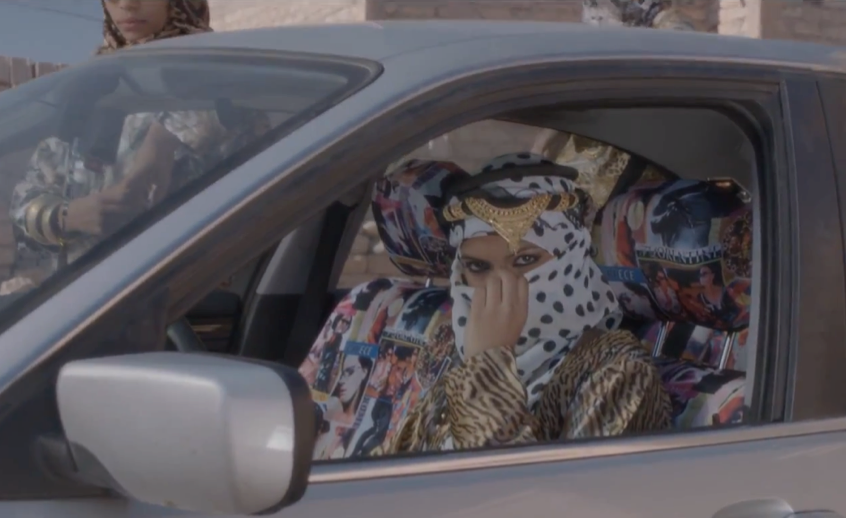 But M.I.A. flashed her middle finger during the Super Bowl, so I guess she doesn’t count.

Anyway, the conversation continued in this route, with complaints about the “elephant dung on the Virgin Mary” and the other vulgar and, as Hannity accurately noted, boring aspects of this sort of noise. As Borelli started off the conversation comparing Minaj to President Obama, the second half of the discussion focused on the contraceptive mandate and the outrage against religious freedom it represented to the panel.

While the somewhat strained tie-in to President Obama felt a bit contrived, it is refreshing that much of the conversation revolved not around whether what Minaj did was inherently offensive to the church or not, but by how unoriginal it was, given how many examples of similarly “offensive” things the music world does came up in such little time. If Minaj can’t even get the most conservative commentators on cable to get offended at her “work” without pointing out that everyone in music has done it better and even more offensive than her, surely this has to be one of the floppiest flop in “shocking” music moments of the decade so far, no?