Hillary Clinton Rips Matt Lauer Over Town Hall Interview in Her Book: ‘I Was Ticked Off’ 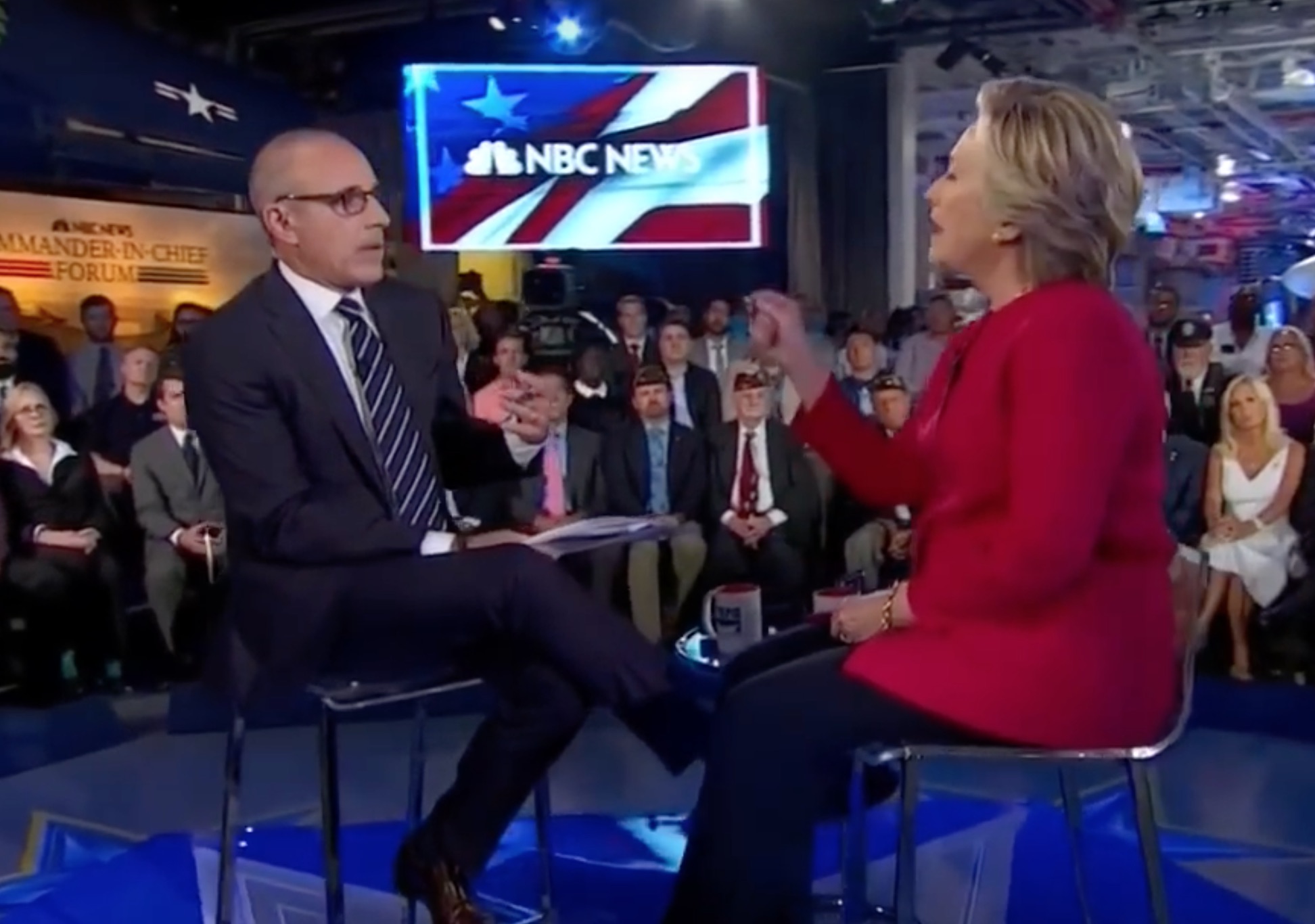 In her new book What Happened, Hillary Clinton went after NBC’s Matt Lauer for his “Commander in Chief Forum” he held during the election.

She explained about how upset she was that at a town hall interview that was supposed to focus on foreign policy, Lauer spent a substantial amount of time on her email scandal.

“Now I was ticked off,” she wrote. “NBC knew exactly what it was doing here. The network was treating this like an episode of The Apprentice, in which [Donald] Trump stars and ratings soar. Lauer had turned what should have been a serious discussion into a pointless ambush. What a waste of time.”

Clinton even mentioned the urge she had to take matters into her own hands.

“I can’t say I didn’t fantasize about shaking some sense into Lauer while I was out there,” she admitted.

She accused Lauer of giving then-candidate Trump a “soft-pedal” interview.

Excerpts from her book that have been made public reveal her contempt for numerous individuals who she believed played a role in her devastating election defeat, including  Sen. Bernie Sanders, then-FBI Director James Comey, and former Vice President Joe Biden.

Her book is scheduled to be released next week.