Elon Musk Unloads on Media in Tweetstorm, Cites Trump: ‘Why Do You Think He Got Elected?’
Angry

Elon Musk Unloads on Media in Tweetstorm, Cites Trump: ‘Why Do You Think He Got Elected?’ 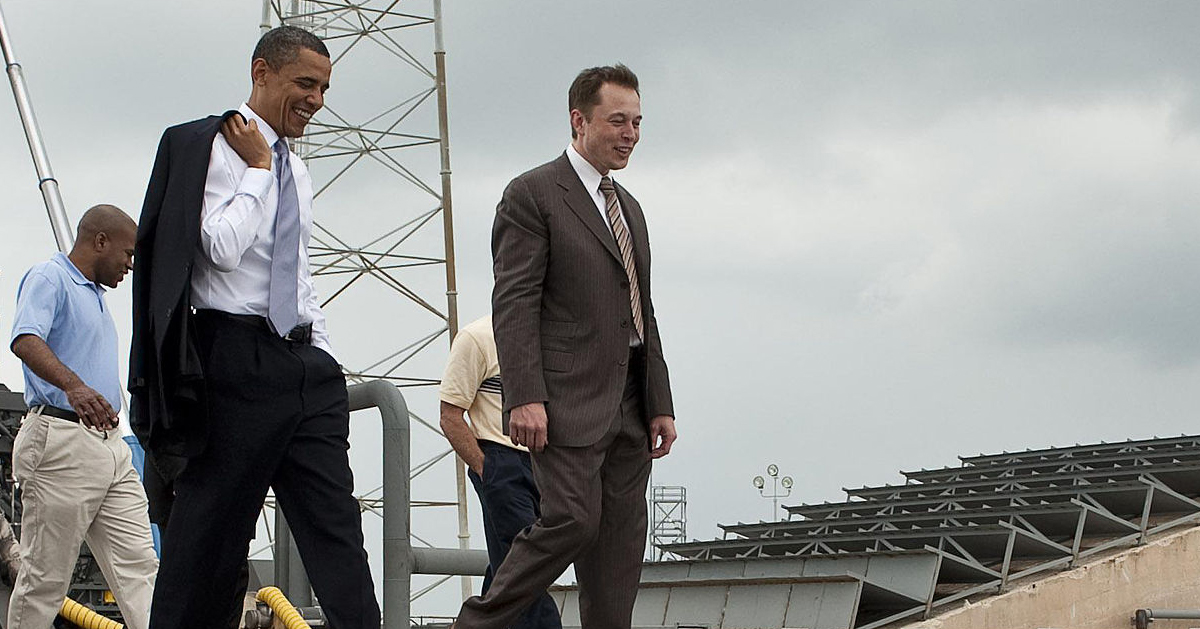 Scion of the future and Mars enthusiast Elon Musk is having a field day on Twitter, today, in what is an at least somewhat surprising tirade against the liberal media.

The Tesla CEO (recent Soros cash beneficiaries, by the way) on Wednesday unleashed hell against the media, and floated an idea for correcting them, too.

It all started when he attacked “big media” in a quote retweet featuring an article about Tesla, Inc.

The holier-than-thou hypocrisy of big media companies who lay claim to the truth, but publish only enough to sugarcoat the lie, is why the public no longer respects them https://t.co/Ay2DwCOMkr

Which he followed with immediate foreshadowing:

The media has earned this mistrust. But maybe there is a solution.

Musk continues his slow transformation into a media-baiting Trump figure screaming irrationally about fake news. Hope it works out for you dude! https://t.co/CtHkOip747

And now it is buckle your seatbelt time.

Thought you’d say that. Anytime anyone criticizes the media, the media shrieks “You’re just like Trump!” Why do you think he got elected in the first place? Because no ones believes you any more. You lost your credibility a long time ago.

You don’t see many appearances of “this is why Trump won” from Elon’s circles.

Problem is journos are under constant pressure to get max clicks & earn advertising dollars or get fired. Tricky situation, as Tesla doesn’t advertise, but fossil fuel companies & gas/diesel car companies are among world’s biggest advertisers.

Oh hey another sanctimonious media person who thinks he’s above criticism. Try being truthful & the public will believe you again.

He did finally get to the reveal.

Going to create a site where the public can rate the core truth of any article & track the credibility score over time of each journalist, editor & publication. Thinking of calling it Pravda …

And he took the pulse.

Even if some of the public doesn’t care about the credibility score, the journalists, editors & publications will. It is how they define themselves.

Not only needs to be botproof, but seek & unmask anyone operating a disinformation bot army

It’s an interesting idea, and he… wait sorry, more burns.

No, they’re just some rich kids in Berkeley who took their political science prof too seriously

Still, the “why he got elected in the first place” tweet was the clear winner. Even this guy thought so:

Will be interesting to watch “journalists”/media paint him as Alt Right. Break out the popcorn in 3..2..1 ? https://t.co/O7izlkKWzS

On the right, it is considered a matter of record, or at least article of faith, that media bias and media attitudes are a large part of the reason Trump was elected. From the point of view of Trumpists and conservatives alike, the primary battle in the war against the elites is the fight with the mainstream media.

Elon Musk just played that tune like he was born the Pied Piper. This will undoubtedly become part of the broader conservative narrative version of “wokeness”, along with tweets from Kanye West and any other members of the cultural A-list who criticize the press.

You can also expect liberal and media retaliation. Stay tuned.