Kyle Rittenhouse Tells Tucker Carlson He’s ‘Not a Racist Person’ and Supports BLM: ‘This Case Has Nothing To Do With Race’ 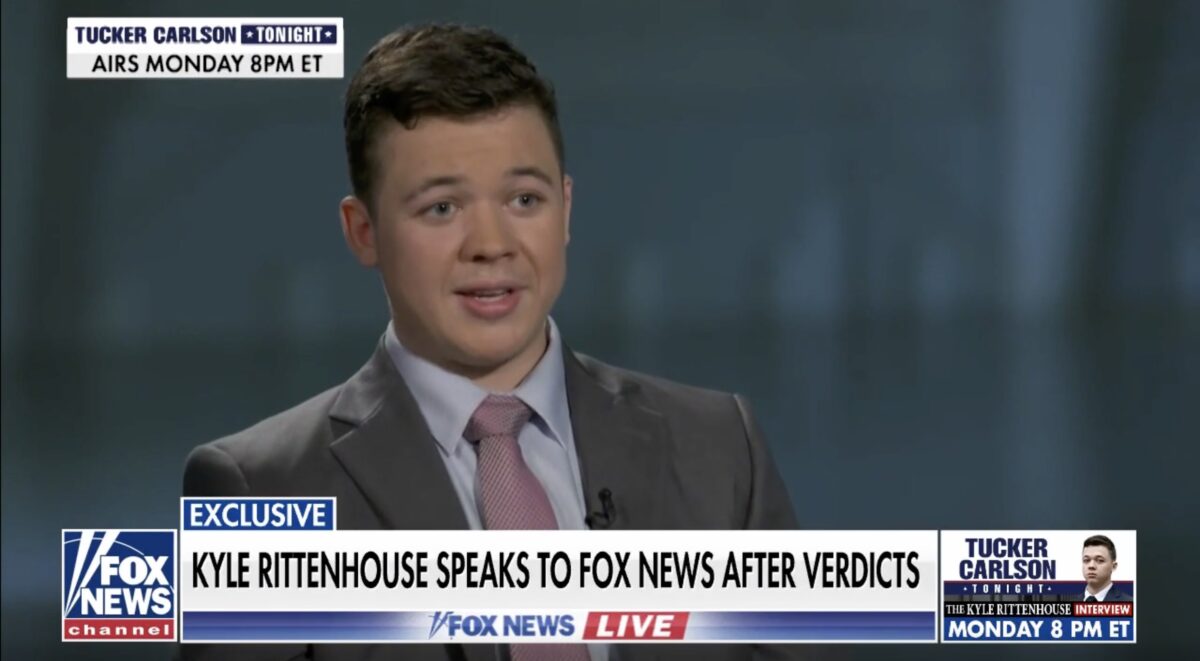 Kyle Rittenhouse was interviewed by Fox News’ Tucker Carlson, his first media appearance since he was found not guilty of all five charges against him in his murder trial. In a clip from that interview released by Fox News, Rittenhouse insisted that his actions “had nothing to do with race,” and expressed support for the Black Lives Matter movement and peaceful demonstrations.

Rittenhouse, 18, was on trial for shooting three men, two of them fatally, during the August 2020 protests in Kenosha, WI over the police shooting of Jacob Blake. As the jury foreperson read the not guilty verdicts, Rittenhouse was seen on television cameras breaking down in tears and finally collapsing as the fifth and final acquittal was read.

Part of Carlson’s interview will air Monday evening during Tucker Carlson Tonight, and the remainder will be included in an episode of his documentary series Tucker Carlson Originals.

Mark Richards, one of Rittenhouse’s defense attorneys, told CNN’s Chris Cuomo that he “didn’t approve of it” and “threw [the film crew] out of the room several times,” but he was “not always the boss” on decisions like that, apparently driven in part by the effort to crowdfund Rittenhouse’s legal defense.

In the clip that aired on Fox News on Sunday, Rittenhouse responds to critics who accused him of acting out of some kind of racial animus. Multiple commentators on MSNBC, for example, have called Rittenhouse a racist or White supremacist and MSNBC host Tiffany Cross called him a “little murderous White supremacist” on Sunday.

“I’m not a racist person,” Rittenhouse said. “I support the BLM movement. I support peacefully demonstrating.”

In an extended transcript provided to Mediaite by Fox News, Rittenhouse continued, “I believe there needs to be change. I believe there’s a lot of prosecutorial misconduct, not just in my case but in other cases. It’s just amazing to see how much a prosecutor can take advantage of someone.”