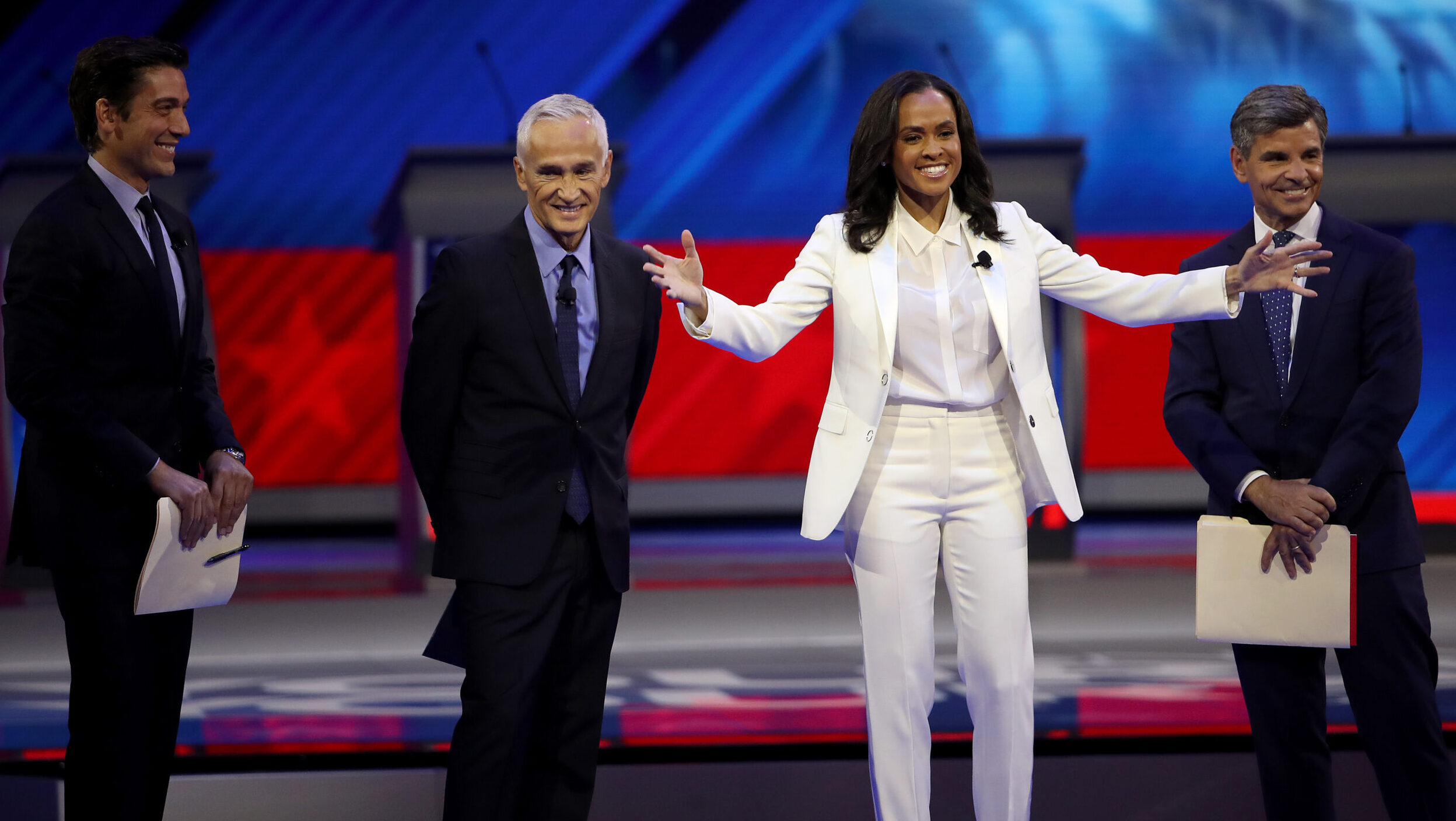 ABC News has announced that Linsey Davis and Whit Johnson will be the new anchors of the weekend edition of World News Tonight.

ABC News President James Goldston, who is stepping down at the end of March, made the announcement Monday in a statement to ABC News staffers.

Davis, named one of Mediaite’s Most Influential in News Media 2020, is already the anchor of the network’s first-ever streaming evening newscast in prime time. The show has grown more than 200% in viewership in its first year, according to ABC. Davis will continue to anchor the streaming newscast Mondays through Thursdays, and ABC will rotate hosts on Friday nights.

Davis also co-hosted a Democratic presidential primary debate, and co-anchored the networks coverage of many key election events in 2020, including the Democratic and Republican National Conventions, multiple debates, and five straight days of presidential election coverage, as well as President Joe Biden’s inauguration. She also anchored ABC’s documentary Homegrown Hate: The War Among Us, a look at the growth of domestic terrorism.

“Linsey has had an impressive rise at ABC News as a result of her unflinching interview process, her versatility and experience,” Goldston said in the statement.

Johnson, a co-host of GMA Weekend, is one of ABC’s lead reporters on COVID-19, and provided extensive 2020 election coverage for the network. He has also anchored breaking news events, including the 2018 shooting at the Tree of Life Synagogue in Pittsburgh, and the Virginia Beach mass shooting in 2019. Johnson will continue to co-anchor GMA Weekend.

Davis and Johnson, who have previously served as fill-in anchors for World News Tonight, will start their regular anchoring gigs this weekend, Feb. 6 and 7.