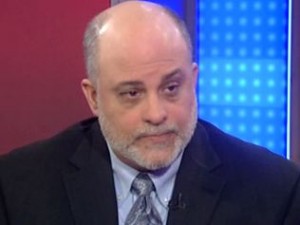 “What the hell’s happening? Now we back the Muslim Brotherhood?” Levin said of the administration’s decision to aid Morsi.

The conservative radio host defended his “dear friends” Reps. Michele Bachmann (R-MN) and Louie Gohmert (R-TX) over their concerns that the administration has been “infiltrated” by the Muslim Brotherhood.

Levin continued on trash Obama and his Defense Secretary nominee:

The talk radio host then called Hagel an “Israel-hater” and a “sympathizer with the most radical elements of the Middle East” before declaring that “the president is Chuck Hagel” because he believes the same.

Accusing Jewish Democrats of being “lock-step” in supporting Hagel’s confirmation, Levin shouted, “It’s the righteous gentiles that are speaking up!”