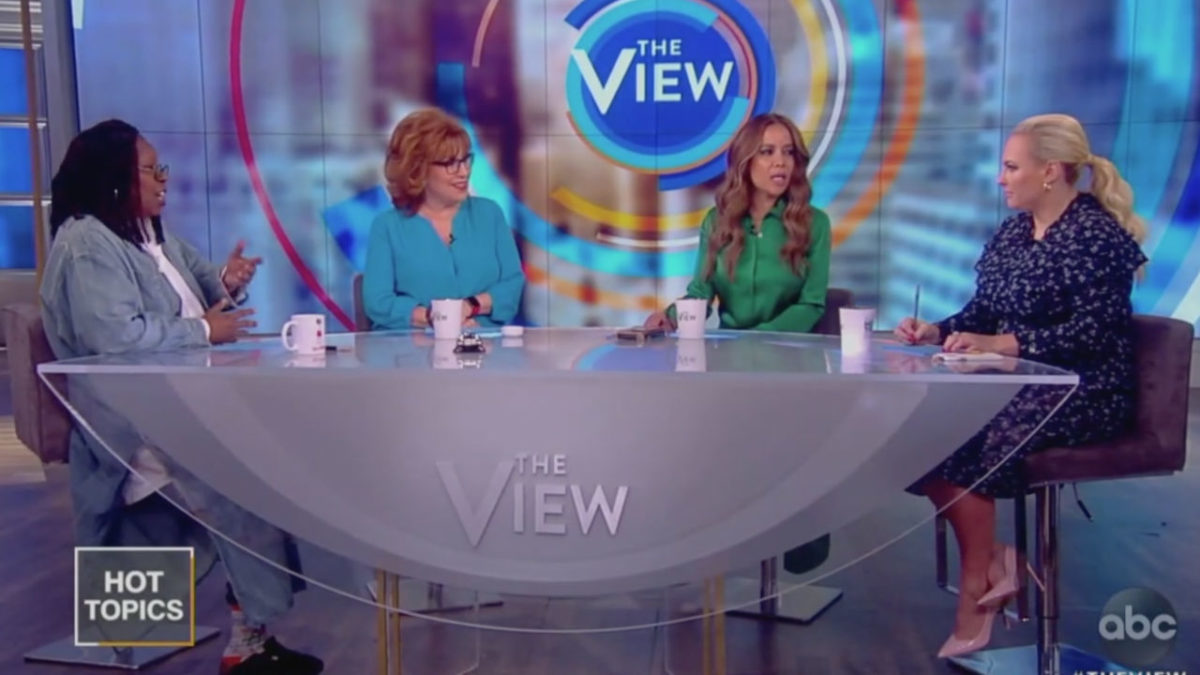 Anyone who’s watched The View recently knows that Meghan McCain and Joy Behar can really get heated on any number of topics.

There’s been some gossip surrounding the show over the on-air feuding at The View. A new Daily Mail report says things are so bad that Whoopi Goldberg is tired of having to keep the peace:

[I]nsiders revealed Whoopi is growing less tolerant of McCain’s blow-ups on camera and the EGOT winner’s positive energy on Monday’s show was proof.

‘Whoopi is at her breaking point with Meghan. She’s been trying to hang in there, especially keep the peace with Meghan and Joy, but we all know she’s about to break,’ a source told DailyMail.com.

The report says McCain has been “more difficult behind the scenes.” McCain responded on Twitter today, without directly mentioning the Daily Mail piece, swiping at the gossip coverage and saying, “Joy Behar is my favorite liberal sparing partner and we have nothing but mutual respect for each others viewpoint. I also genuinely like her, everything is fake news.”

Men who debate and host political shows together are NEVER subjected to the kind of gossip and crap women are – @JoyVBehar is my favorite liberal sparing partner and we have nothing but mutual respect for each others viewpoint. I also genuinely like her, everything is fake news. pic.twitter.com/zKgWMqNxCk