Megyn Kelly: Why Is Obama Silent on Woman Murdered by an Illegal Immigrant? 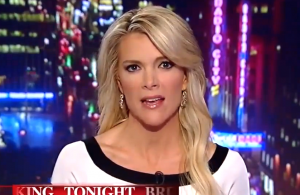 Fox News’ Megyn Kelly opened The Kelly File Thursday by asking why President Barack Obama spoke out about the deaths of young black men, but ignored the San Francisco murder of Kate Seinle at the hands of a five-time deported illegal immigrant.

“When asked repeatedly this week to speak to this case, White House spokesman Josh Earnest declined to weigh in, other than to refer folk to the Department of Homeland Security,” Kelly said. “A stark contrast to what we saw after Michael Brown was killed in Ferguson, a man we now know was attacking a police officer at the time of his death,”

“His funeral saw three Obama officials in attendance,” she noted. “His death drew comments from President Obama personally, and the administration sent in the DoJ and 40 FBI agents dispatched to Missouri after Michael Brown was killed. Where is the swarm of agents in San Francisco?”

“Then there was Freddie Gray in Baltimore, a repeat drug offender who was killed in police custody. Here again his funeral was attended by three Obama administration officials, and again the president spoke personally to Freddie Gray’s death, and again sent the DoJ in to investigate.”

“When Trayvon Martin was killed in Florida, the president spoke to his death which as later ruled to be in self-defense,” Kelly noted. “But Kate Steinle?”

“Give an answer! You can’t!” she challenged liberal talk show host Richard Fowler. “There’s no excuse for it! He picks and chooses the victims he wants to highlight. And apparently, this victim wasn’t deemed worthy!”