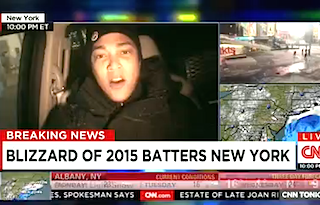 Fox News brought in Shepard Smith to anchor the network’s special coverage of the blizzard that mostly bypassed New York City while hitting New England hard. They won in total and demo viewership for the primetime hours as a whole.

But CNN did manage to beat Fox in the 25-54 demo for the 10 p.m. hour with its Don Lemon-hosted coverage of the storm.

Also of note: The Fox Business Network debut of Strange Inheritance at 9 p.m. was the network’s highest-rated premiere ever. For the full hour, the Jamie Colby-hosted show racked up 302K total, 47K demo viewership.