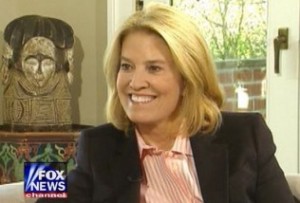 On Monday night, Fox News’ Greta Van Susteren almost doubled MSNBC’s Lawrence O’Donnell in total viewers. She topped him in the demo as well, but by a smaller margin.

As for O’Donnell, he took second place on his network in both demo and total viewers. Rachel Maddow retained her top spot. Anderson Cooper took the honors at CNN, in the demo — while Wolf Blitzer snagged the lead in total viewers.