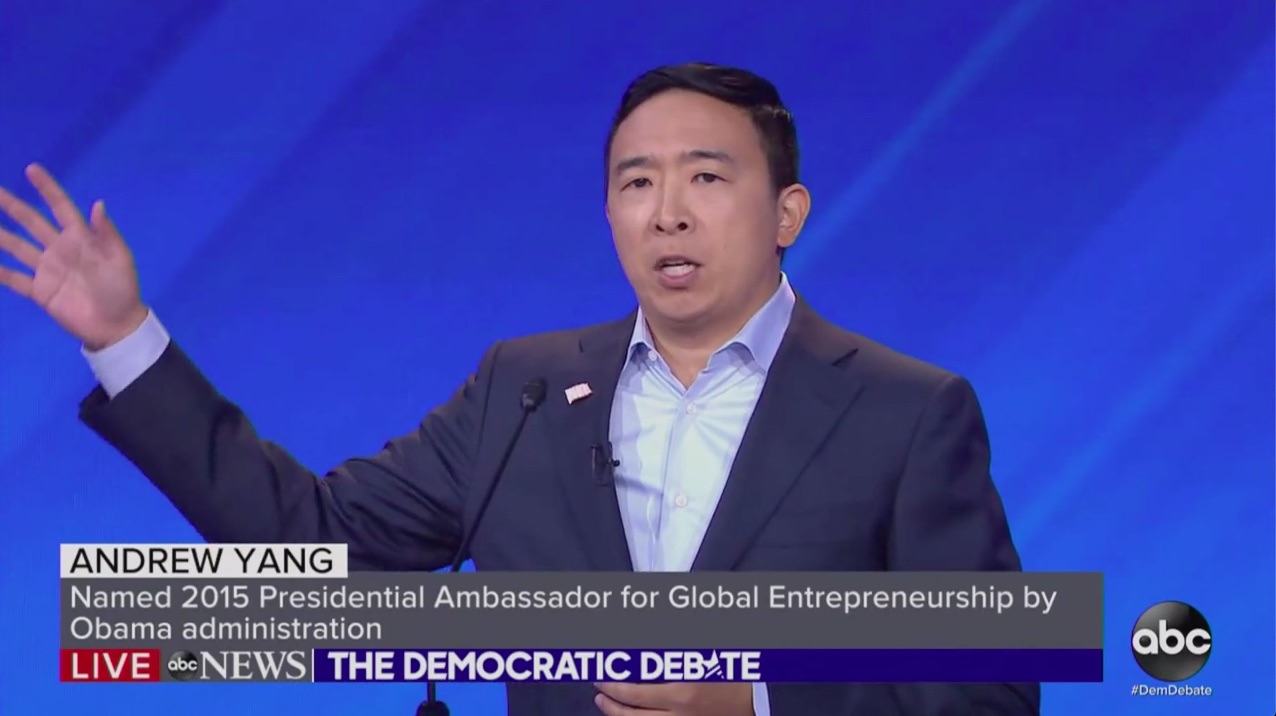 MSNBC apologized on Sunday after it once again left 2020 presidential candidate Andrew Yang out of a polling graphic.

Eurasia Group president Ian Bremmer pointed out the absence of Yang — who is at 3% in the poll — from MSNBC’s Sunday morning graphic:

Why does @MSNBC keep leaving out @AndrewYang on their graphics (actually at 3% here)?

This has happened on a number of occasions, I haven’t seen with any other candidate. It’s not just a slip up. Unacceptable. pic.twitter.com/2vJrYx5DKQ

Good thing we don’t need @msnbc to talk to voters – we just go straight to them. Thank you #YangGang for making that possible. ??

Prior to Bremmer’s tweet, MSNBC had issued an on-air correction. The network also tweeted an apology to Yang.

“Earlier on UP, we aired a poll graphic that inadvertently left off @AndrewYang. This was a mistake that we’ve since corrected on air. We apologize to Mr. Yang,” MSNBC show UP wrote, along with an updated graphic including Yang:

Earlier on UP, we aired a poll graphic that inadvertently left off @AndrewYang. This was a mistake that we’ve since corrected on air. We apologize to Mr. Yang. Here’s the correct graphic: pic.twitter.com/SDoqsxdiiD

This is far from the first time MSNBC has run afoul of the Yang Gang for omitted their candidate from graphic coverage.

Last month the entrepreneur called out the network for leaving him off a fundraising graphic.

Pretty sure we should be on this graphic. @msnbc pic.twitter.com/7kbj2TzuHW