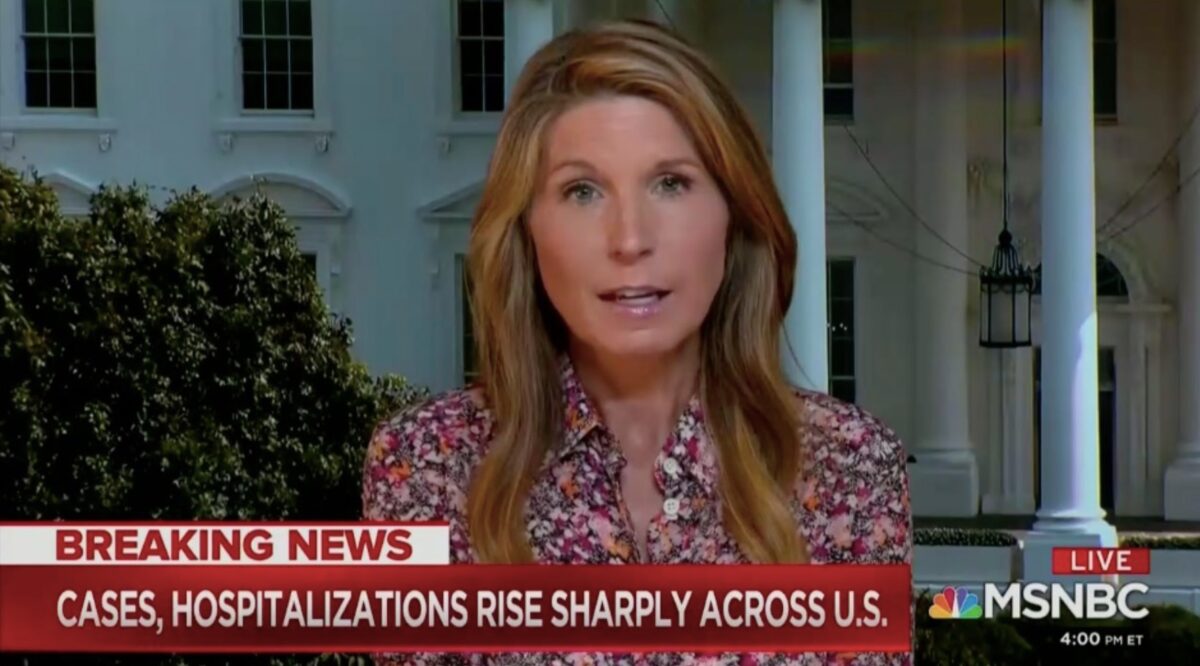 As the 2020 election draws near in the midst of the coronavirus pandemic, MSNBC is about to commence a major overhaul for their programming lineup.

The network has announced — in moves first reported by Variety, and confirmed by Mediaite — that on Aug. 17, Meet The Press Daily will move to 1 p.m. ET, where it will continue to be hosted by Chuck Todd. Todd will also host a new weekly political program next month on NBC News NOW, the network’s 24-hour live-streaming outlet which will air on NBC Universal’s new streaming platform, Peacock.

The shows are expected to retain their focus on breaking news coverage, and will retain considerable amounts of even programming when the Democratic and Republican National Conventions happen later this month.

As MTP Daily moves to 1 p.m., Nicolle Wallace’s will move to Todd’s former time slot, where Deadline: White House will be made into a two hour show from 4 to 6 p.m. The network is placing a big bet on Wallace — who has had success in the 4 p.m. timeslot, finishing No. 1 at that hour in total viewers over the past two months. (Although Fox News retains its advantage in the advertiser-coveted adults 25-54 demographic at 4 p.m.)

For the rest of MSNBC’s afternoon programming, Katy Tur will retain her 2 p.m. lineup while NBC News foreign correspondent Ayman Mohyeldin will anchor MSNBC Live in its 3 p.m. slot. Tur had been anchoring from 2-4 p.m. Mohyeldin had been hosting the 5 a.m. hour.