My Former Boss Stossel Is Wrong: The NSA’s Surveillance Is Troubling
column

My Former Boss Stossel Is Wrong: The NSA’s Surveillance Is Troubling 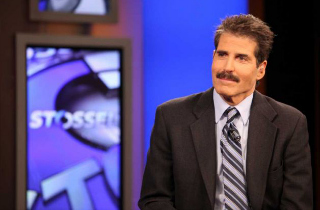 As a libertarian, I have the utmost respect for my former boss John Stossel. Along with Judge Napolitano and Red Eye’s Andy Levy, he is one of the very few libertarian voices in cable news. But every once in awhile he takes a stance I just can’t support: Most recently, he declared his ambivalence about the NSA’s expansive surveillance operations.

Last week, Stossel expressed that nonchalance in a syndicated column titled “Why Libertarians Have Better Things to Worry About Than the NSA.” The response from fellow libertarians was uproarious, to say the least. Many called him a “traitor,” others called him an “efficiency expert for the Leviathan State” (in other words, a sellout). The name-calling is ridiculous, especially when you consider the context: Stossel has always been undecided about this issue.

His earnestness here, despite the libertarian movement’s unanimous outrage is admirable, but it might just be a bit too contrarian… even for Stossel.

As someone who’s worked closely with him in the past, I admit it wasn’t easy getting Stossel to cover issues like indefinite detention, the PATRIOT Act, torture, or the expansive surveillance state. His speciality is to report on government’s abuses in economic and social policy. But he has always been fantastic on recognizing that the state’s fear-mongering over terrorism has largely been overblown. When you take a step back and factor in relative risk, Stossel has said, it becomes clear that terrorism isn’t that large a threat to the average American’s life.

And yet, Stossel wrote last week, “terrorists do want to murder us,” and so “if the NSA is halfway competent, Big Data should help detect plots.” In other words, if we assume the NSA is somewhat competent (unlike all the other massive bureaucracies Stossel rails against), then perhaps they could help thwart the threat that he himself admits is overhyped?

That seems like misplaced trust that a) the security state is any different than the ever-expanding welfare and regulatory states Stossel has become a leading voice against; and that b) the agency’s secretive methods aren’t rife with abuse, near-non-existent oversight, and a creeping expansion on par with Big Government itself.

Stossel’s other reason for not being concerned with the NSA revelations? “My electronic privacy has already been utterly shredded by Google, Amazon, YouTube and so on.” This is true, but there’s one key difference: Google, et al, are private companies. They want you to use their services, and if abuse is identified as being at odds with the agreed-upon terms of service, they are held accountable by bad press and customer losses. Government’s secretive collecting and managing of your private phone and email records, however, is not a voluntary arrangement. And worse yet, you have no real legal recourse should an abuse be identified.

“My employer has a right to read my emails,” he added to the explanation of how his privacy is “already blown.” Except, again, that employer-employee relationship is a voluntary contractual one. Stossel knows this well. It’s not a sufficient excuse for the state’s creeping surveillance.

Economic and social stories worry people on a more personal level, and so it’s easy to understand why these issues play a greater role in his reporting. The entitlement problem, or “generational theft” as he calls it, will have a noticeable effect on every American. But civil liberties and foreign policy, on the other hand, are admittedly more abstract. And so Stossel, like many Americans, simply does not get as animated about them.

And that, in a nutshell, is the larger problem facing civil libertarians: If it doesn’t affect people personally, they don’t care. Stossel’s ambivalence should provide a teaching moment: We need to make Stossel care; and we need to make the majority of Americans who generally support government snooping care. Even the majority living under the worst authoritarian regimes have “nothing to hide” and are likely unaffected by the oppression of a minority — but that’s no reason to care any less about the issue.