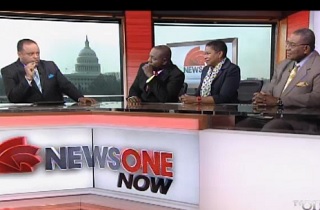 Supreme Court Justice Clarence Thomas has sparked debate this week with remarks he made during an appearance at Florida’s Palm Beach Atlantic University, debate which Noah Rothman observed is sometimes one-sided. On Wednesday morning’s NewsOne Now, however, host Roland Martin devoted two segments to Justice Thomas’ comments about race, and even agreed with him on the subject of white liberal racism in the North.

On Wednesday morning’s NewsOne Now, multiple National Association of Black Journalists award-winning host Roland Martin told his panel “I think Thomas is correct, in that white Northern liberals have had this attitude of ‘Oh, those Southern racists,’ when you look at the present day, when it came to discrimination in housing, in lending, that to me was far more pervasive. In the south, you had dogs, firehoses, but when you were denied housing conditions and jobs, that point he makes there is worthy of a debate.”

Conservative commentator Kevin Martin of Project 21 brought up the stiff resistance to busing in 1970s Boston, and other policy issues, but added “I think in the North, you have subtle racism, bigotry of low expectations.”

Martin then pointed out that although white people in the North like to think “…’we’re just so different here in the North,’ the fact is, Ohio had a hell of a lot of voter suppression in the last presidential campaign.”

Panelist and fellow NABJ award-winner Askia Muhammad offered perhaps the most responsive commentary to Justice Thomas’ remarks, telling Martin that “In the North, the population of African-Americans is much smaller, so you don’t have to deal with it, and all of a sudden, you find people wanting to contend on an equal basis. In Alabama, the motto is ‘Thank God for Mississippi,’ we’re not 50th in everything.”

He added that “In the North, you don’t have these expectations that black people are going to stay in their place, so when they get out of place, there’s this ‘So, who are you, and why are you in my face like this, you really need to adjust your attitudes.”

As Martin pointed out, the North has no shortage of its own brand of racism, its own set of stereotypes, that don’t just apply to black conservatives. Whereas Southern racism has its roots in the slave-era mentality of inherent inferiority and threatening sexuality, racism in the North is more centered on criminal stereotypes and grievances related to employment.

This doesn’t seem to be what Justice Thomas was referencing, however. While reporting on Justice Thomas’ remarks is somewhat short on context, he appears to be referencing this latter form of racism, the idea that a black person, especially a conservative, is insufficiently grateful to white liberals for policy gains, or otherwise does not know his or her place. White liberals often stray into territory where they don’t belong, falsely believing that because they are allies to black Americans, they are positioned to judge other black Americans’ positions in that community, and in that struggle.

In that sense, Justice Thomas’ observation does merit the debate that Roland Martin encourages, but Mr. Muhammad also identifies a flaw in Justice Thomas’ comparison of his mistreatment by white liberals, and his upbringing in the Jim Crow South. White liberals in the North may well have treated him worse, but in the segregated South, the people of Savannah didn’t have to mistreat Clarence Thomas, or treat him at all if they didn’t want to. He simply was not wherever they didn’t want him to be.