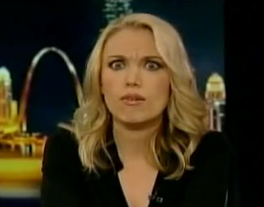 No one suggested debating Sean Hannity would be easy or intellectually stimulating, but it at least seems fun as Hannity guest Imogen Lloyd Webber, political commentator and daughter of famous composer Andrew Lloyd Webber, found out last night. First Hannity read off a litany of generic complaints with the British healthcare system from rationing to waiting periods to deteriorated care, all of which was dismissed pretty convincingly by Webber’s more concrete statistic that “life expectancy is longer in the UK than [in the US].” From there the two could not agree on facts or even on what issue they were going to debate, which in the end led to an exhausted Webber making a visibly disgruntled face to Hannity’s amusement.

Hannity attempted to suggest socialist ideals create an unruly society, as England experiences dangerous riots and also needs to fire 490,000 government employees. Webber quickly spurned both claims, saying the riots are just students and that actually only 400,000 government jobs will be cut. At least on the figures, Webber wins this point as it seems Hannity based his number on an estimate from October, while Webber’s number is the updated November estimate that reflected better than expected economic growth. Hopper interrupts Hannity a few more times to dispute facts in the premise of his question and jokingly says “I’m so sorry for making it difficult, I’ll be quiet, I’ll be silent, continue.” Undeterred, Hannity continued with his argument:

You create the welfare state, you create the entitlement society . . . it’s unsustainable and people get violent . . . when you have to make the cuts because you cannot afford this cradle to grave experiment.

In the final moments, both Hannity and Webber recite their tangentially related talking points over one another, apparently to emphasize that they stopped listening to one another. At the very least, the tone of the conversation stayed jovial throughout despite there not being one moment of agreement, although that shouldn’t be much of a surprise since if you only hear the sound of your own voice, what’s not to like?

Watch the argumentative train wreck from FOX News below: