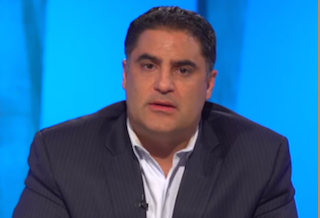 Cenk Uygur, who hosts the network’s flagship The Young Turks (billed as the largest online news show in the world) and founded TYT Network, previously served as a contributor for MSNBC and is generally seen to have a liberal bent to his politics, though his views can also err on the libertarian side of the spectrum.

“The Young Turks and TYT Network have long been a source of independent news and politics for our millions of fans,” Uygur said in a statement. “While we don’t necessarily agree on politics, Buddy and TYT both understand money’s damaging influence on our government. Buddy and RRM support TYT Network’s mission to bring our viewers the unrestricted truth and analysis of the world’s news – from politics to movies, pop culture, sports and more.”

The network has more than 1.5 million subscribers on its YouTube channel and boast more than 68 million views per month on its video content. A 30-minute version of The Young Turks show recently began streaming on Hulu.

“RRM has been looking for two years to find the best platform in New Media in which to invest,” Roemer said of the investment. “We believe TYT will be one of the critical players moving forward in a new media world – edgy, unfiltered news commentary at its best. They are a lot like me, sometimes wrong but never in doubt. We expect their news to continue to push the envelope and their business to grow exponentially.”