Top Staffer: Trump’s Demonization of Bill Clinton Accusers in 90’s Was Just ‘Being a True Friend’ 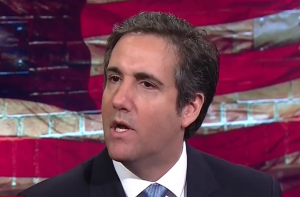 Top Donald Trump surrogate and attorney Michael Cohen struggled to explain Tuesday why his boss demonized those who accused Bill Clinton of rape and sexual impropriety in the 1990’s but now believes those accusations, saying that Trump was just “being a good friend” at the time.

“He defended Bill Clinton for years. He said the same allegations that you guys are talking about now were a waste of time, were wrong, were hollow, that Bill Clinton was a terrific guy. That he was a great president, that the impeachment was wrong, that it was a waste of time…” the host of CNN’s New Day Chris Cuomo rattled off.

“He was a private citizen who was friendly with the Clintons and he was trying to protect a friend,” Cohen explained. “Now, it’s a different game. It’s 2016, he is the Republican presidential nominee.”

“So he was lying then?” pressed Cuomo.

“He was not lying, he was protecting a friend. There’s a difference,” Cohen insisted. “The difference is he was being a true friend. It didn’t matter to him.”

Cuomo returned to the topic later in the interview. “Why would I trust you if you say all the things you said then were false?” he asked.

“He was a private individual…” Cohen began.

Cuomo cut in: “So you tell the truth when you’re politician but lie when you’re a private individual?”

“…he had no obligation to say anything to anybody,” Cohen finished.

“He said plenty,” Cuomo shot back.

“So what? Because he’s Donald Trump,” Cohen said.