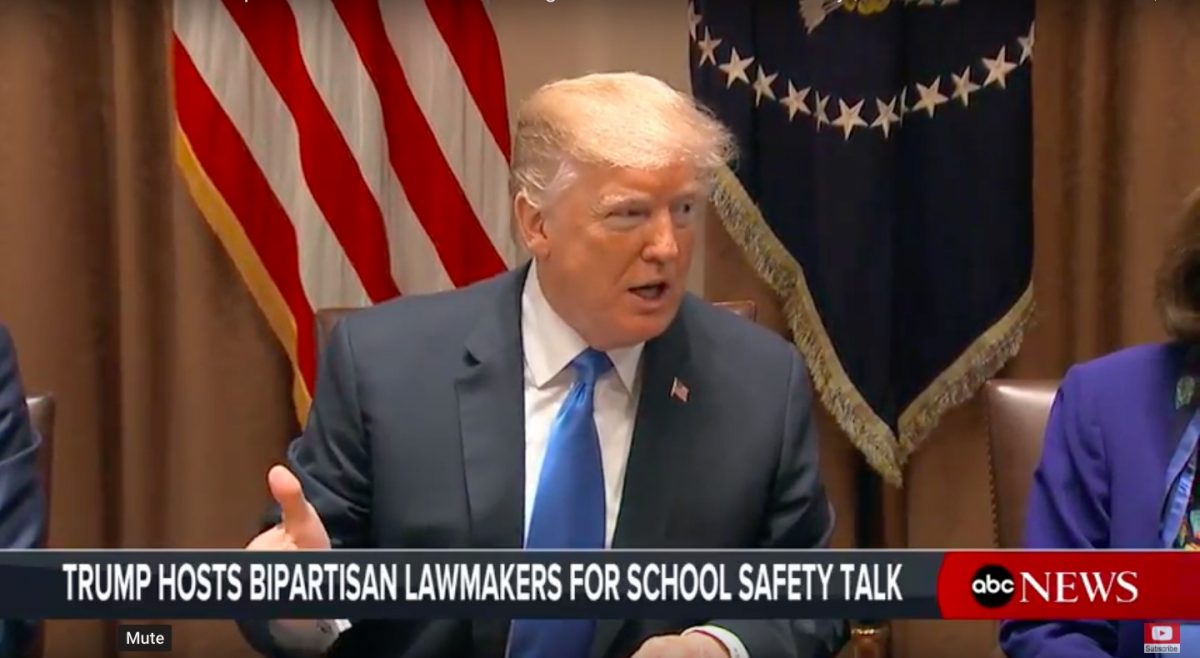 President Donald Trump had a bizarre meeting with lawmakers in which he said, among other things, that Parkland shooter Nikolas Cruz‘s gun should’ve been taken away by police “whether they had the right or not.”

The Twitterverse is exploding with reactions to this latest completely odd statement, especially because it does anything but toe the party line – yet more proof that no one, not even the GOP, can control Donald Trump.

Let’s just be clear. Trump doesn’t really know what he’s talking about at all.

Trump is really bad at being president but genuinely good at hosting a politics-themed reality television show.

It really is remarkable how Republicans have constructed two alternate realities for Trump’s opinions, ignoring his very real televised and tweeted statements, and embracing whatever John Kelly says instead. Looking forward to them pretending this meeting didn’t happen

Meetings like this just highlight how much of a cop-out it is for congressional Republicans to insist on having Trump’s support before passing any given piece of legislation.

I hate playing the “What if Obama said this” game but seriously, we would be in the sixth year of the Second American Civil War right now https://t.co/MYgE57K2XU

Kinda funny how many ppl were bamboozled into believing the Muslim from Kenya was going to take away your guns.