We Now Know What Was In That Giant Book Kayleigh McEnany Gave Lesley Stahl. It Wasn’t Blank, But It Also Wasn’t a Health Care Plan. 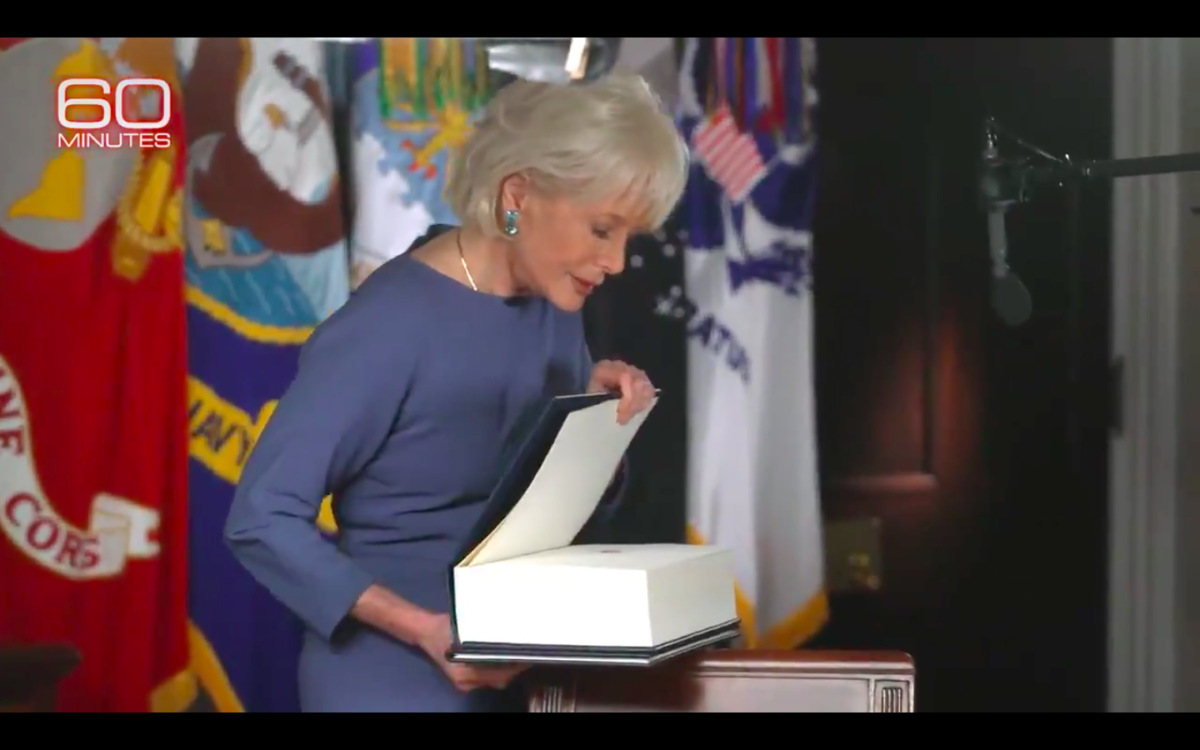 White House Press Secretary Kayleigh McEnany brought a giant book to President Donald Trump’s interview with 60 Minutes’ Lesley Stahl, and told Stahl that it contained the president’s health care plan. Twitter users mocked the book by suggesting it was full of blank pages. The pages weren’t actually blank, but neither did they contain a health care plan.

Trump’s 60 Minutes’ interview had a number of contentious and eyebrow-raising moments — including Trump storming out of the interview early and then posting the video online himself — and McEnany attempted to salvage Trump’s message by delivering a giant book to Stahl that she claimed contained the elusive health care plan that the president has been repeatedly promising throughout his first term but has yet to unveil.

In the 60 Minutes episode that aired Sunday evening, video shows what happened.

Stahl is seen looking over her shoulder as a visibly annoyed Trump walks out of the room. “I’ve got a lot of questions I didn’t ask,” she says to a member of the film crew.

While Stahl waited to see if Trump would return, McEnany entered, carrying a giant book.

“Lesley, the president wanted me to deliver his health care plan,” said McEnany.

“It’s a little heavy,” she quipped as she handed the book over to Stahl, whose knees slightly buckled as she took the heavy book.

McEnany said that Vice President Mike Pence would be coming in for his interview “shortly,” and Stahl inquired about Trump.

“And the president’s not coming back?”

“The president’s given you a lot of time,” said McEnany as she walked out of the room.

The video then shows Stahl flipping through the pages of the massive book.

“It was heavy,” Stahl’s voice narrates the segment. “Filled with executive orders, congressional initiatives, but no comprehensive health plan.”

Watch the video above, via CBS.