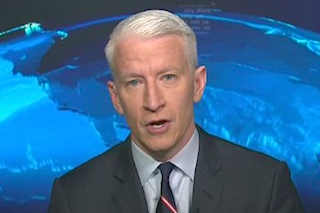 With Fox News far out ahead in first place, CNN nearly doubled MSNBC in the primetime demo Wednesday night. CNN averaged 156K viewers in the 25-54 demo between 8 and 11 p.m. while MSNBC had just 81K, with no show rating higher than 100K. With 159K, Anderson Cooper 360 out-rated All In with Chris Hayes by more than 100K viewers in the demo.