Wilbur Ross on Trump Admin’s Delay of Tariffs on China: We Don’t Want to Ruin Christmas 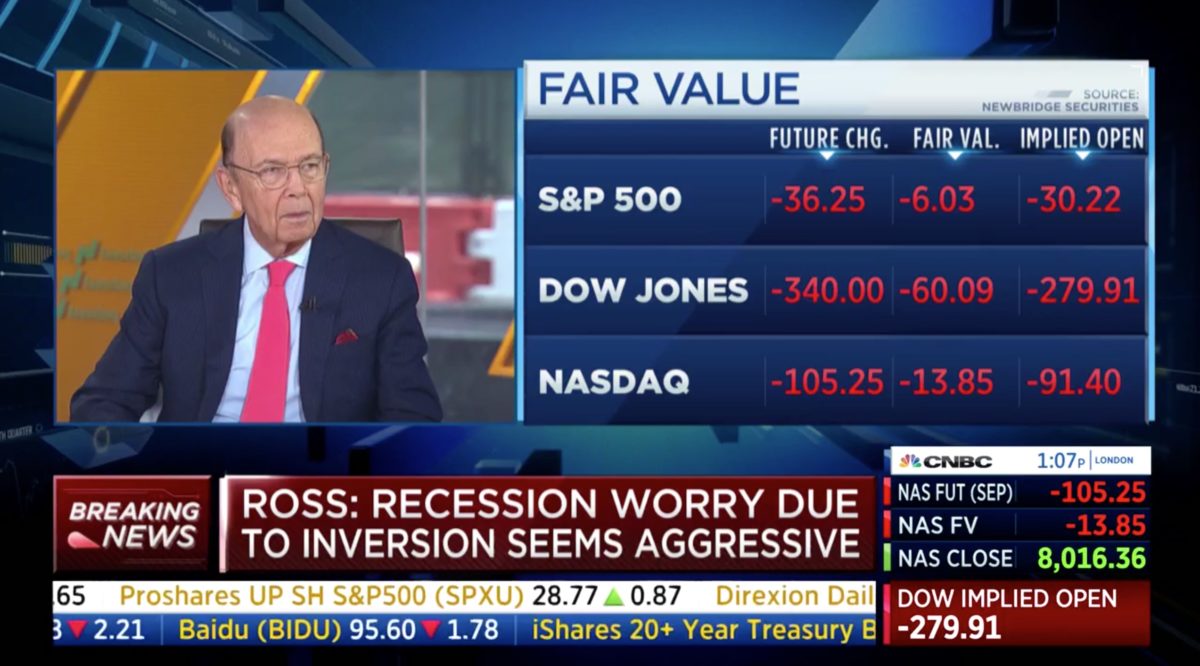 Commerce Secretary Wilbur Ross explained President Donald Trump’s decision to delay new tariffs on China by saying the administration doesn’t want to mess with prices ahead of the holiday season.

Since the delay is a blink on Trump’s part in the middle of his trade war with China, Ross was asked if the Chinese made any concessions or the president made a unilateral decision to easy things for consumers before Christmastime. This comes after Trump and White House National Trade Council director Peter Navarro have both insisted that tariffs are a financial burden entirely for China and not the U.S.

“There had been all sorts of research done before there were public hearings about what items to put on,” Ross said. “Nobody wants to take any chance of disrupting the Christmas season.”

Ross added that there was no “quid pro quo” with China when the administration made its decision. When asked if there were any deals with China or political maneuvering behind the scenes, Ross wouldn’t say, referring instead to how China broke previous trade agreements.

“I think until something is really formerly announced and mutually agreed it’s premature to say where anybody is,” Ross said. “We had three objectives in the beginning…We need all three components, so it isn’t a question of just agreeing on something.”

Minor side note by the way since we were just on the topic, only 133 shopping days left until Christmas.