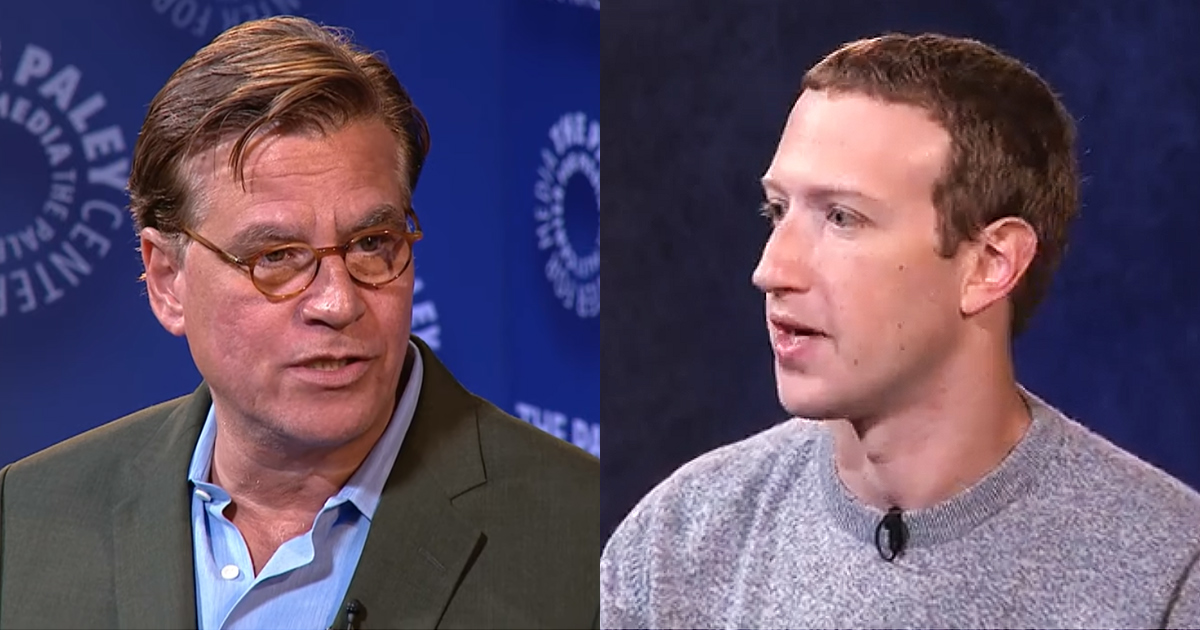 What kind of day has it been?

That question is a favorite of screenwriter Aaron Sorkin’s – as he’d used it for an episode title in several of his previous television series. The answer on Thursday, for the man who wrote the Social Network, is increasingly: Not great.

That’s because Sorkin took on Facebook CEO Mark Zuckerberg in a New York Times op-ed which turned out to be riddled with errors. What’s more? The social media titan clapped back — using the screenwriter’s own words to deliver a punishing blow.

Sorkin delivered his message in the form of an open letter — which argued that “Facebook isn’t defending free speech, it’s assaulting truth.”

“It was hard not to feel the irony while I was reading excerpts from your recent speech at Georgetown University, in which you defended — on free speech grounds — Facebook’s practice of posting demonstrably false ads from political candidates,” Sorkin wrote. “I admire your deep belief in free speech. I get a lot of use out of the First Amendment. Most important, it’s a bedrock of our democracy and it needs to be kept strong.

“But this can’t possibly be the outcome you and I want, to have crazy lies pumped into the water supply that corrupt the most important decisions we make together. Lies that have a very real and incredibly dangerous effect on our elections and our lives and our children’s lives.”

Hours later, the Times ran a correction which stated that the piece, as it originally ran, contained three errors — including an overstatement of how many Americans said they get their news primarily from Facebook.

And then, Zuckerberg posted an excerpt from the Sorkin film The American President to his Facebook page.

“You want free speech?” The excerpt said, in part. “Let’s see you acknowledge a man whose words make your blood boil, who’s standing center stage and advocating at the top of his lungs that which you would spend a lifetime opposing at the top of yours.”

Twitter proclaimed Zuckerberg the big winner of this showdown:

what a freaking epic own. mark zuckerberg is such a boss pic.twitter.com/JSF1rDX3Ym

Please offer up prayers for Aaron Sorkin’s family now that Mark Zuckerberg has murdered him with his own words. https://t.co/GbC6ME93O7

Never mess with a human algorithm.

Not even C.J. Cregg could spin this one in Sorkin’s favor.