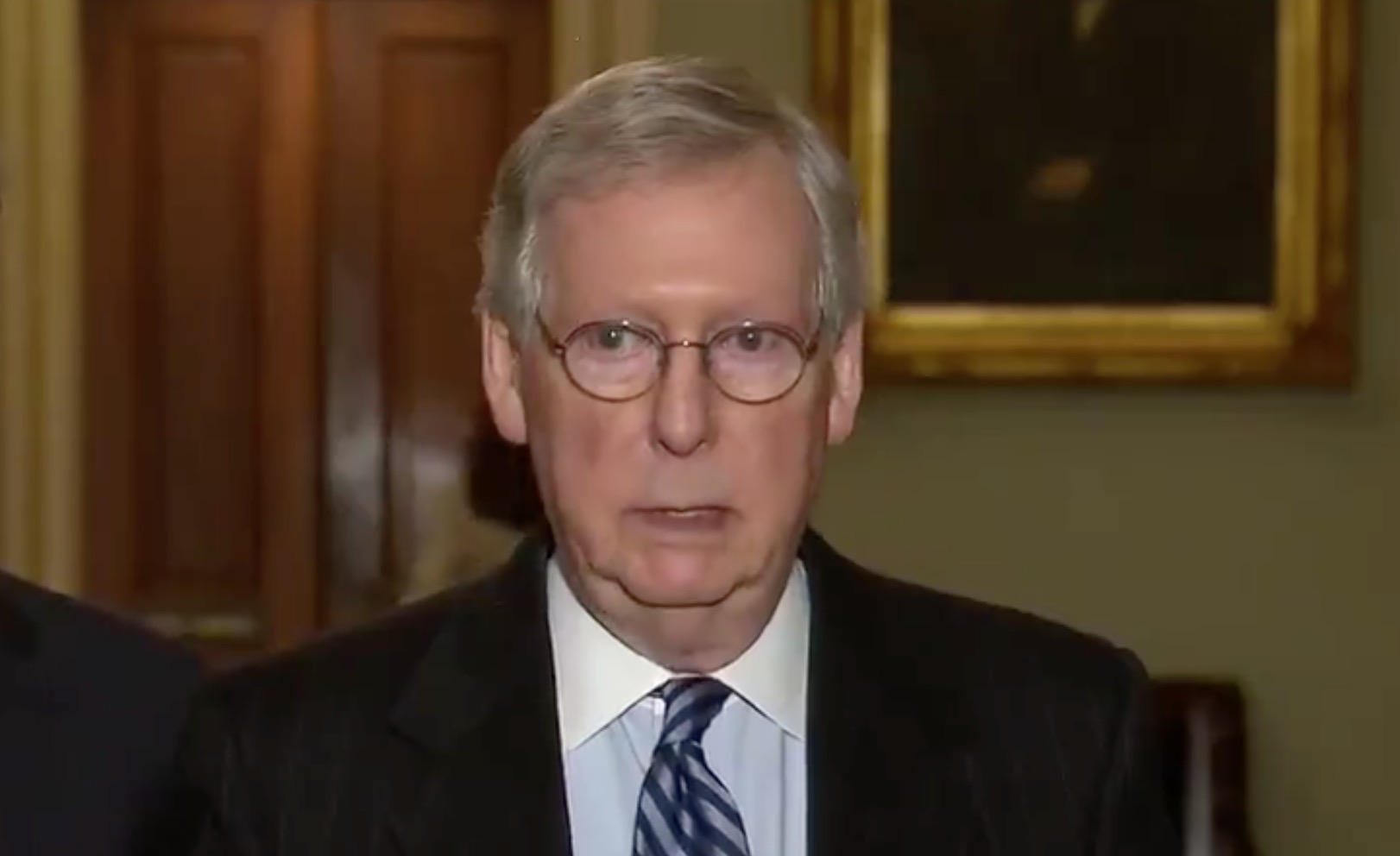 Mitch McConnell (R-KY) has ordered the Senate into overtime by cancelling most of the August recess.

My statement on cancelling the August recess: pic.twitter.com/yyAEUSMVQW

“Due to the historic obstruction by Senate Democrats of the president’s nominees, and the goal of passing appropriations bills prior to the end of the fiscal year, the August recess has been canceled. Senators should expect to remain in session in August to pass legislation, including appropriations bills, and to make additional progress on the president’s nominees.”