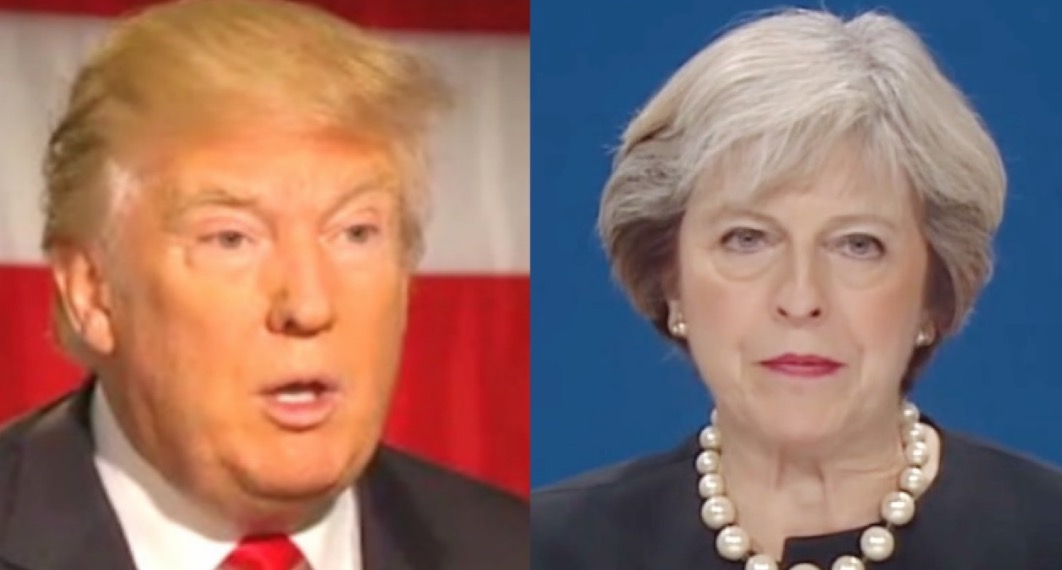 President Trump reportedly demanded that British Prime Minister Theresa May find a way to make sure he would receive a “warm welcome” in the United Kingdom, or else he wouldn’t visit the country.

Bloomberg released a profile on May which particularly examined how diplomacy with Trump has affected the special relationship between the U.S. and Great Britain. The report notes several political complications that came up when Trump first got elected, though the president brushed this all off at one point by saying “She’ll be my Maggie,” a reference to the bond between Ronald Reagan and Margaret Thatcher.

The report states that May’s team debated whether she should “appeal to Trump’s vanity” by arranging a state visit for him, or have her stay the distance until Trump was in office longer. May did meet Trump at the White House last year, though it caused “unease” for members of her office, and she had to “correct him” when Trump started speaking of London “no-go zones” supposedly taken over by radical Muslims.

May also finds it difficult to negotiate with Trump over the phone because he apparently has a tendency of overrunning the conversation and giving her little time to get a word in. The prime minister also reportedly had to listen to Trump’s complaints about negative coverage in British media and his unpopularity abroad:

In one phone conversation during 2017, Trump complained to May over the criticism he’d been getting in British newspapers. Amid warnings that Trump would face protests in the streets when he arrived, he told the prime minister he would not be coming to the U.K. until she could promise him a warm welcome.

May responded to say such treatment was simply the way the British press operate, and there wasn’t much she could do. In the secure bunker underneath the prime minister’s office, her advisers listened in to the call in astonishment at Trump’s demand.

Trump’s relationship with the United Kingdom seems to have taken a bad turn in other ways over the last couple of months. May scolded the president in late November after he retweeted Islamophobic propaganda videos made by a British extremist previously arrested for harassing Muslims. More recently, Trump cancelled a trip to London while complaining about the decision to move the U.S. Embassy to a new location. This development was also shadowed by concerns about Trump not being received well by the crowd.