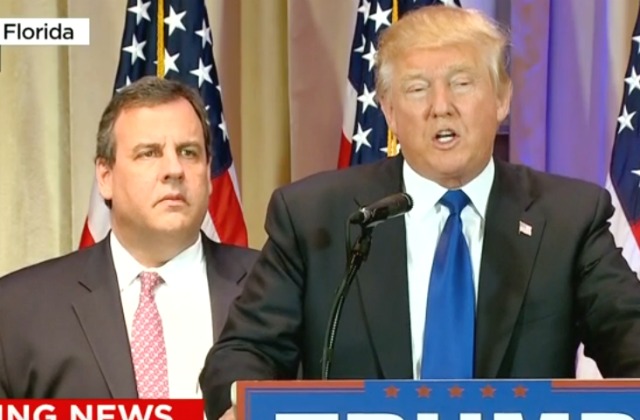 Christie, who led Trump’s transition team until he was unceremoniously fired from that position, is promoting a tell-all book that looks back at what he sees as a series of mostly bad decisions made by Jared Kushner, Steve Bannon, and yes, even the president which led to a very rocky first year in the Trump Administration. CNN’s Chris Cuomo dedicated two segments to interviewing Christie, who had previously taped appearances on Fox & Friends, Morning Joe, and The Daily Show.

The commander in chief is an avid consumer of cable news programming and appeared to take a shot at Christie’s critiques in a Thursday morning tweet that resolved with a school-yard taunt “‘gee, I’m in the White House, & they’re not!”

So great to watch & listen to all these people who write books & talk about my presidential campaign and so many others things related to winning, and how I should be doing “IT.” As I take it all in, I then sit back, look around, & say “gee, I’m in the White House, & they’re not!

Former White House aide Cliff Sims has also made a promotional tour of cable news outlets in which has shared many less than charitable observations of the first 500 days of the Trump administration, which explains Trump’s “all these people” caveat on his tweet.