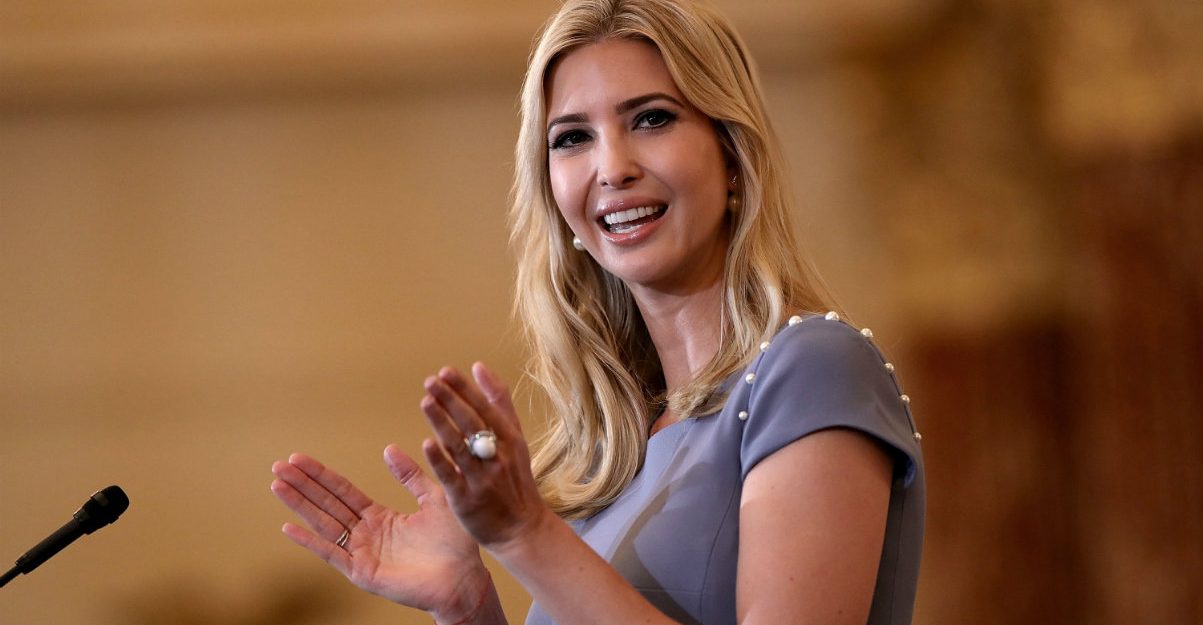 A video encounter between Ivanka Trump and world leaders that went viral over the weekend has liberals and conservatives up in arms.

In the video, posted by a BBC reporter, Ivanka appears to be inserting herself into a conversation with French, Canadian, and British leaders at the G-20 Summit. Many on the left questioned why Donald Trump‘s daughter had participated in the conference.

The White House called the criticism, particularly the viral video, “absolutely pathetic” and a “misrepresentation.” White House Communications Director Jessica Ditto, said (via Katie Rogers of The New York Times), “It is sad but not shocking that the haters choose to attack Ivanka Trump, a senior advisor to the president, when she is promoting U.S. efforts to empower women through strategic partnerships with world leaders.”

Even Sarah Huckabee Sanders, not usually one to join in on Twitter fights, clapped back at Rep. Alexandria Ocasio-Cortez — one of those who criticized Ivanka’s role in governance.

“It may be shocking to some, but being someone’s daughter isn’t a career qualification,” Ocasio-Cortez added to the video tweet.

It may be shocking to some, but being someone’s daughter actually isn’t a career qualification.

It hurts our diplomatic standing when the President phones it in & the world moves on.

The US needs our President working the G20. Bringing a qualified diplomat couldn’t hurt either. https://t.co/KCZMXJ8FD9

Huckabee Sanders replied that AOC is “wasting your time on Twitter while destroying jobs in NY” whereas Donald and Ivanka Trump have created millions of jobs.

Phoning it in @AOC is wasting your time on Twitter while destroying jobs in NY. @realDonaldTrump & @IvankaTrump actually created millions of new jobs and continue to make the US stronger on the global stage but thank you for reminding Americans everyday why they elected Trump. https://t.co/uGN4GXgAsC