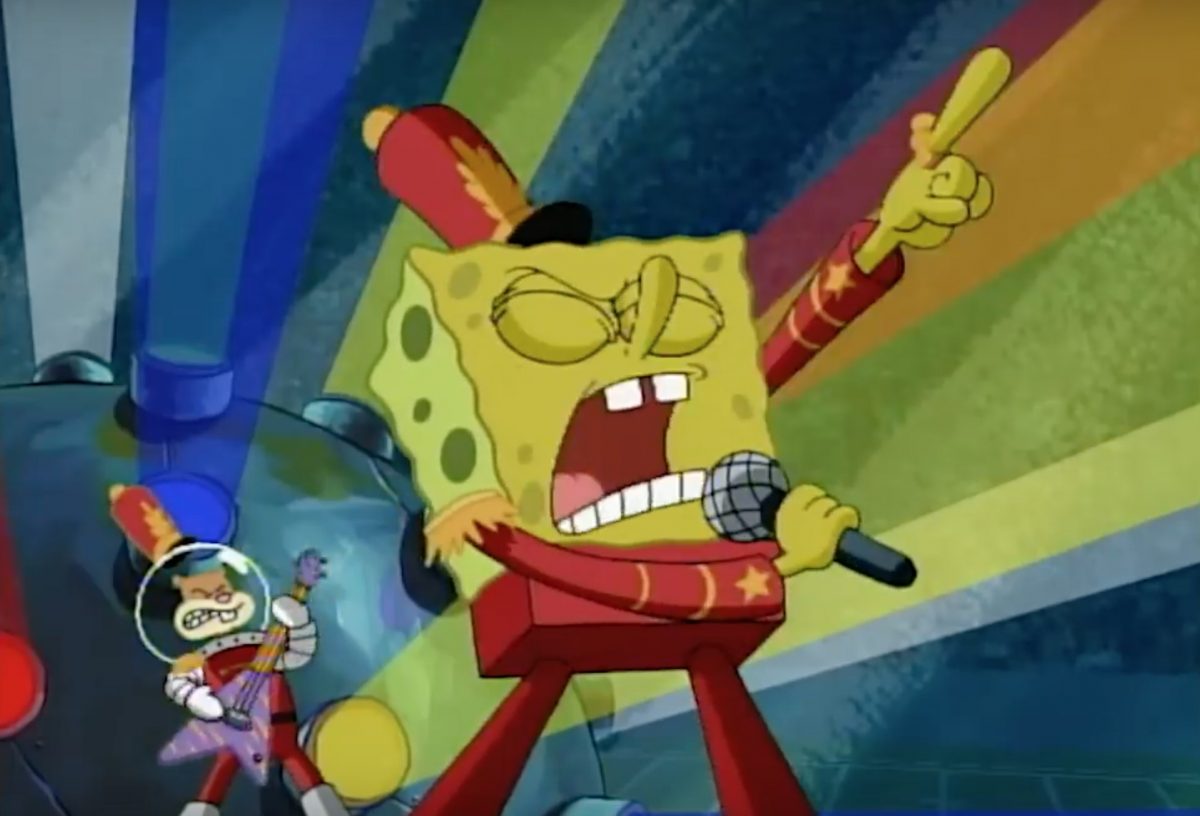 The Twitterverse was electrified by Spongebob Squarepants‘ Super Bowl cameo on Sunday night, though there are a lot of mixed feelings about how it went.

In the last few weeks, there’ve been whispers throughout the internet that the NFL was somehow going to use their halftime show to make an allusion to Sweet Victory — a famed music number from the Nick cartoon. These rumors filled fans and general meme-lords with anticipation since people have been waiting for this day since the song’s debut in the 2001 episode “Band Geeks.”

The episode centers around Spongebob and his friends as they form a marching band and get ready to deliver a show at the Bubble Bowl. Between the humor and the iconic musical number at the end, Band Geeks is frequently thought of as one of the best episodes the show has ever had.

Online content creators recently created a mashup between “Sweet Victory” and “Sicko Mode” by Travis Scott. Since the rapper was paired with Maroon 5 for last night’s performance, fans were convinced their “sweet victory” was finally going to happen at the Super Bowl. These rumors only got bigger when Maroon 5 teased their show last month with a clip from Spongebob.

Unfortunately for fans, clips from Spongebob were used when Scott came on to the stage, but there was no actual performance of Sweet Victory.

So honored and humbled! Thankful for being included and for all our fellow sea creatures ?? pic.twitter.com/F8lesQvDBz

For the rest of the internet though, it was not enough, and they let the memes do the talking.

That 5 second Spongebob cameo vs the rest of the halftime show. pic.twitter.com/eaXPco9Njx

when i saw spongebob during the halftime show but they didnt do the song: pic.twitter.com/VgcLJ8qFm2

#superbowl’s like “you just wanted to see spongebob and then straight into sicko mode right?” pic.twitter.com/wtfrbuuvc3

Everyone expecting a real Spongebob tribute at the #SuperBowl pic.twitter.com/YsYgk9U8j5

To remind everyone of Sweet Victory‘s original brilliance, you can watch the rock ballad here.

Watch above, via the NFL and Nickelodeon.