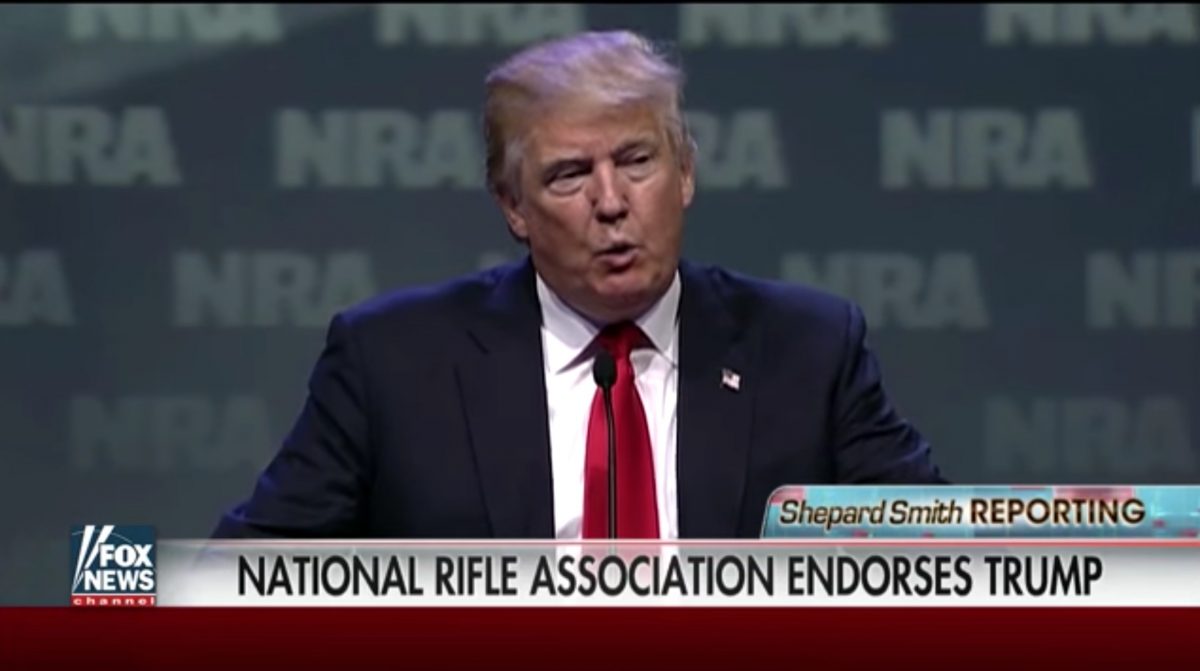 As a constitutional conservative, I believe in our Second Amendment right to bear arms and that the government should not be trusted with laws that disarm those over which they rule. That being said, I am personally not much of a gun person — though my wife is.

I also believe that the world has dramatically changed since our Constitution was written. Our Founding Fathers could not have envisioned a country where it was possible to kill dozens of people in a couple of minutes, where a significant portion of the population does not fear an afterlife, and where carrying out an act of unthinkable horror makes the perpetrator instantly famous.

So when it comes to gun rights, I have always been right of center, meaning I am willing to consider reasonable restrictions on gun ownership, while mindful of the dangers of the slippery slope and the idea that making something illegal does not solve the problem, especially when the lawbreaker has decided that they want to die.

In this context I have been very interested in, and quite amused by, President Donald Trump’s reaction to the recent horrific school shooting in Florida.

One of the many reasons I have always opposed Trump is I view him as a liberal conman with no actual beliefs other than what he perceives to be good for him on any particular day. Therefore there was always the risk that he would flip with a change in wind direction once in office.

This is why it has always been particularly bizarre (suspicious?) that the “conservative” issue group that has most completely sold out to Trump in every possible manner is the NRA. Not only did doing so strip the NRA of the last remaining vestiges of credibility that their once laser-like focus on the Second Amendment afforded them, but they foolishly placed their last remaining chips on a life-long Manhattanite with no apparent affinity for gun rights.

While Trump may end up doing nothing once this red-hot topic inevitably cools, he has instantly made a series of public and private pronouncements which indicate that his is now suddenly very supportive of numerous measures which the NRA has always vigorously opposed.

Hilariously, Trump has preemptively even given the NRA credit for going along with his betrayal of them by tweeting that they are great Americans who will “do the right thing” (presumably by caving on several of their most deeply held principles). You have to give Trump credit, he not only boxed the NRA in politically, but he also at least provided them a little bit of lube to apply before he completely hoses some of his strongest supporters.

The great irony is that, because of the upside-down nature of political reality (a concept that Trump’s “Cult 45” members fail to grasp), the NRA and gun rights seem to be currently in a far worse position than if Hillary Clinton had won the 2016 election. In what has become the “only Richard Nixon could go to China” principle, only someone like Trump, thanks to the NRA’s over-the-top support of him, could get away with signing significant gun control measures (the same dynamic is true for illegal immigration).

If Hillary Clinton was president with a GOP Congress, nothing close to what Trump is backing would have a chance at passing because there would be no real pressure on Republicans to cave. However, with even Trump — the NRA’s supposed golden boy — calling for significant gun control, the NRA and GOP suddenly have no political cover, especially in a mid-term election year where Democrats already have most of the energy on their side.

This is part of why during the 2016 election I tried in vain to explain to conservatives that a Hillary presidency, as painful as it would have been, might not be the worst outcome in the long run. Trump is in a far better position to institute liberal policies (as he already has on spending) than Hillary ever could have been with a GOP Congress.

One specific Trump proposal deserves particular scorn. That’s his idea, about which he went of a tweetstorm this morning, of having teachers armed in schools, something he laughably claimed the instant result of which would be that the “ATTACKS WOULD END!”

First, there is an old tweet of Trump dismissing the proposal to bring guns into the classroom, because, of course, there always is.

But even more importantly, Trump’s idea, as well as his reasoning behind it, are — literally — fatally flawed. I totally get the concept of having the ability to respond more quickly to these threats, but the entire premise of having guns as a deterrent is based on the notion that those who are carrying out these attacks are rational attackers.

However, the evidence is overwhelming that those prone to perpetrating these horrible shootings not only don’t care about being killed, many of them are actually hoping for that result. In a society where there is no longer universal fear of being punished in an afterlife for your bad acts on earth, there is simply no way a remotely free society can completely guard against the damage people like that are capable of causing.