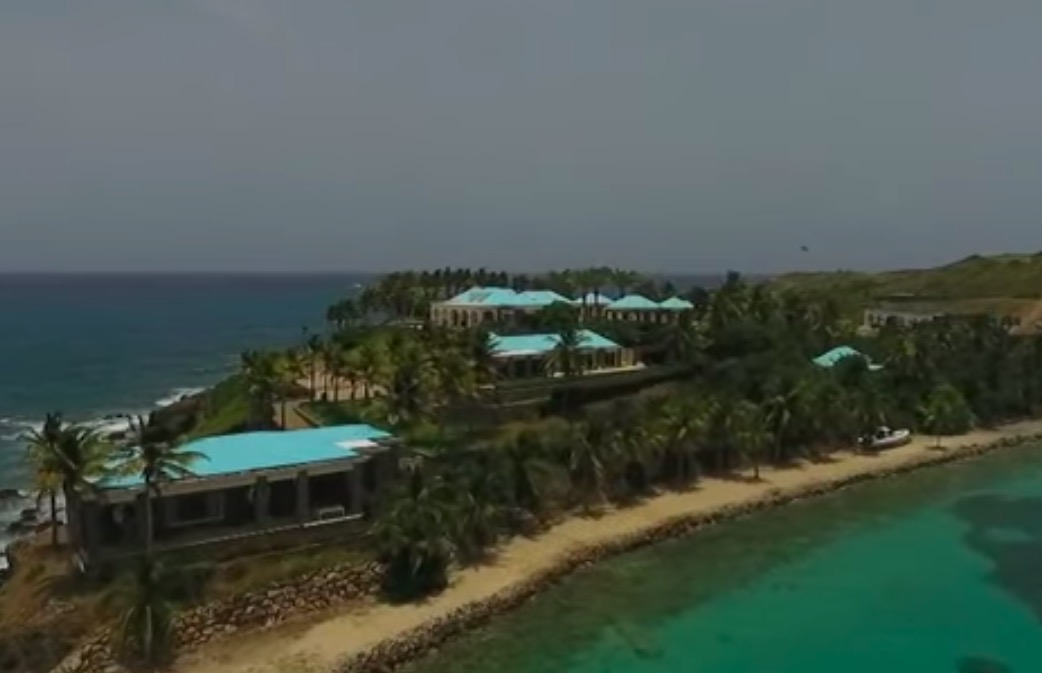 FBI agents descended on Jeffrey Epstein’s private Virgin Island Monday, searching the expansive property as part of the investigation into the financier and convicted pedophile who just reportedly committed suicide in his jail cell.

Multiple outlets reported Monday that FBI and CBP agents, as well as members of a task force from the Manhattan U.S. Attorney’s Office, were searching the grounds of Little Saint James, Epstein’s private island home.

News outlets caught video and photos of the search, carried out by around a dozen agents who accessed the island via speed boat and searched it on golf carts. The raid comes two days after 66-year-old Epstein was found dead from an apparent suicide in his jail cell at Manhattan Correctional Center.

Federal agents, including FBI and CBP were seen on the dock and grounds of Little Saint James, the island owned by accused sex trafficker Jeffrey Epstein in the U.S. Virgin Islands. The U.S. Attorney’s Office and SDNY declined to comment on the operation. https://t.co/euCLwh7rKi pic.twitter.com/leAKQqgruA

The wealthy and mysterious financier had been charged with sex trafficking dozens of minors in Florida and New York. Epstein’s island has long been a rumored hub of the wealthy and connected financier’s sexual crimes. One resident of St. Thomas told the Associated Press that some referred to the property as “Pedophile Island.”

The federal jail Epstein was being held in has come under scrutiny for allowing the apparent suicide of such a high profile figure. Attorney General William Barr said in a speech Monday he was “appalled” and “frankly angry to learn of the MCC’s failure to adequately secure this prisoner.”