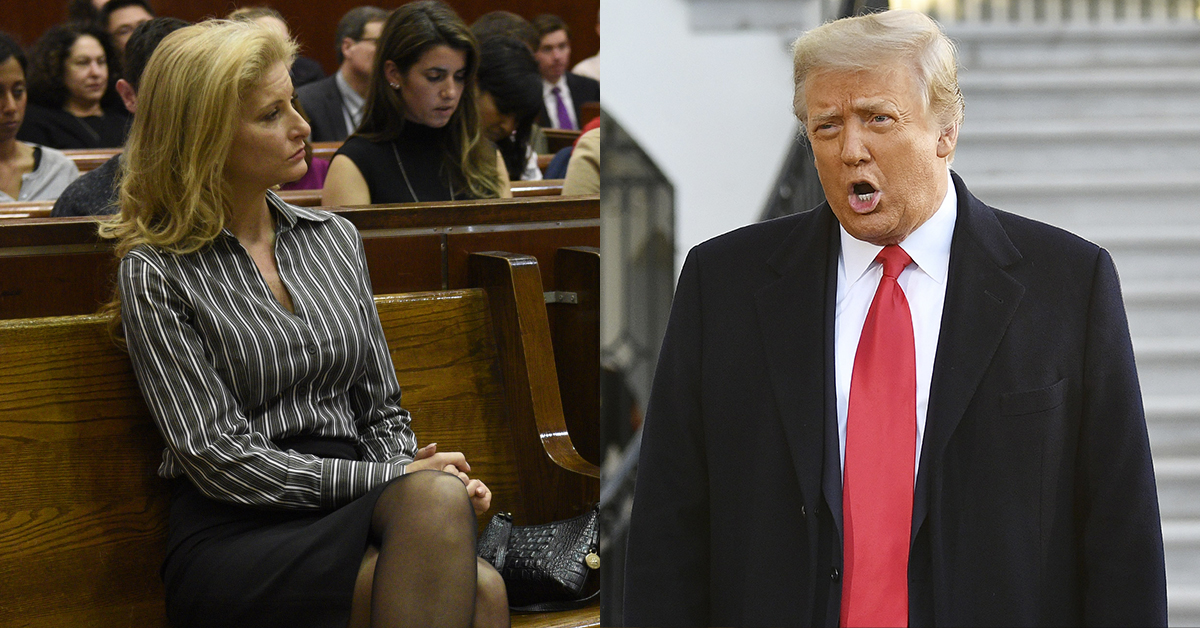 A former Apprentice contestant named Summer Zervos, who accused Donald Trump of sexual harassment, dropped her lawsuit against the ex-president this weekend.

The Friday filing in Manhattan Supreme Court states that the suit is dismissed and discontinued with prejudice, which means she cannot file it again in the same state, and that all parties are responsible for paying their own legal expenses.

Zervos was one of many women who came forward to say that Trump had committed acts of sexual harassment or worse. She accused Trump of having groped and kissed her against her will while she was on The Apprentice in 2007.

Her attorneys Beth Wilkinson and Moira Penza released a statement saying that “Ms. Zervos no longer wishes to litigate against the defendant and has secured the right to speak freely about her experience.”

“Ms. Zervos stands by the allegations in her complaint,” they added. Zervos has been in high-profile court battles with Trump for five years.

The defamation lawsuit alleged that Trump had defamed Zervos by accusing her of being a “liar” who was saying “totally made-up stuff,” and by calling accusations made by women against him “fake news” and a “hoax.”

The ex-president gloated about the filing in a Saturday email repeating those claims.

Statement by Donald J. Trump, 45th President of the United States of America

The lawsuit brought by a woman who made up false accusations against President Trump for publicity or money has just been dropped in its totality. The Fake News Media totally and completely distorted the facts—they are corrupt. President Trump has been totally vindicated. No money of any kind, or legal fees, were paid by President Trump, who stated, “It is so sad when things like this can happen, but so incredibly important to fight for the truth and justice. Only victory can restore one’s reputation!”

Trump attorney Alina Habba, in an email to Reuters, said that “Ms. Zervos made the prudent decision to voluntarily drop her case without the exchange of any compensation or attorneys’ fees.”

“The facts unearthed in this matter made it abundantly clear that our client did nothing wrong,” said Habba.