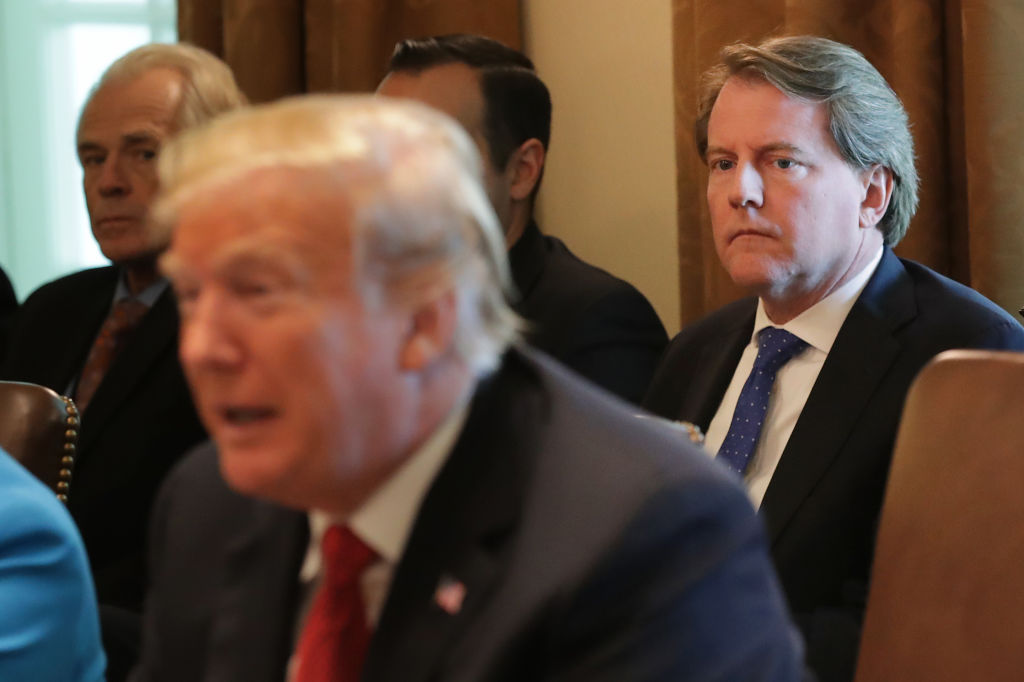 Two concurrent news stories are reporting that in the days before and after the Mueller report was released, administration officials asked White House attorney Don McGahn to publicly deny that President Donald Trump obstructed justice — but McGahn refused.

According to the Wall Street Journal, Trump was seeking a public declaration from McGahn that the president’s request for him to fire Special Counsel Robert Mueller in 2017 — a request Trump continues to deny having made — did not rise to the level of obstruction. So, the Journal reports, less than 24 hours after the Mueller report was released, Trump directed his personal attorney, Emmett Flood, to seek out McGahn and inquire whether the latter would come out and deny the conversation about firing Mueller ever happened.

McGahn rebuffed the request. Reached for comment about the request, McGahn’s lawyer, William Burck, said: “We did not perceive it as any kind of threat or something sinister. It was a request, professionally and cordially made.”

The New York Times story goes further, and reports that Trump made an additional request of McGahn for the same public declaration of innocence in the small window of time between when Trump’s lawyers received a copy of the Mueller report and when a redacted version of it was released to the public.

According to the Times, McGahn did not immediately turn down the first White House request. But upon the report’s release, Mr. McGahn decided against putting out a statement in defense of Trump. Notably, the Mueller report included comments that Trump made disparaging McGahn as disloyal and someone who likely leaked information to the press to make himself look good. The Times also reports that a second request of McGahn — made after the report’s release — was similarly denied.

“Mr. McGahn’s cooperation with Mr. Mueller played a key role in allowing the special counsel’s investigators to paint a picture in their report of a president determined to use his power atop the executive branch to protect himself from the Russia investigation,” the Times wrote. “The episode shows the lengths the White House has gone to around the release of the Mueller report to push back on the notion that Mr. Trump obstructed justice.”