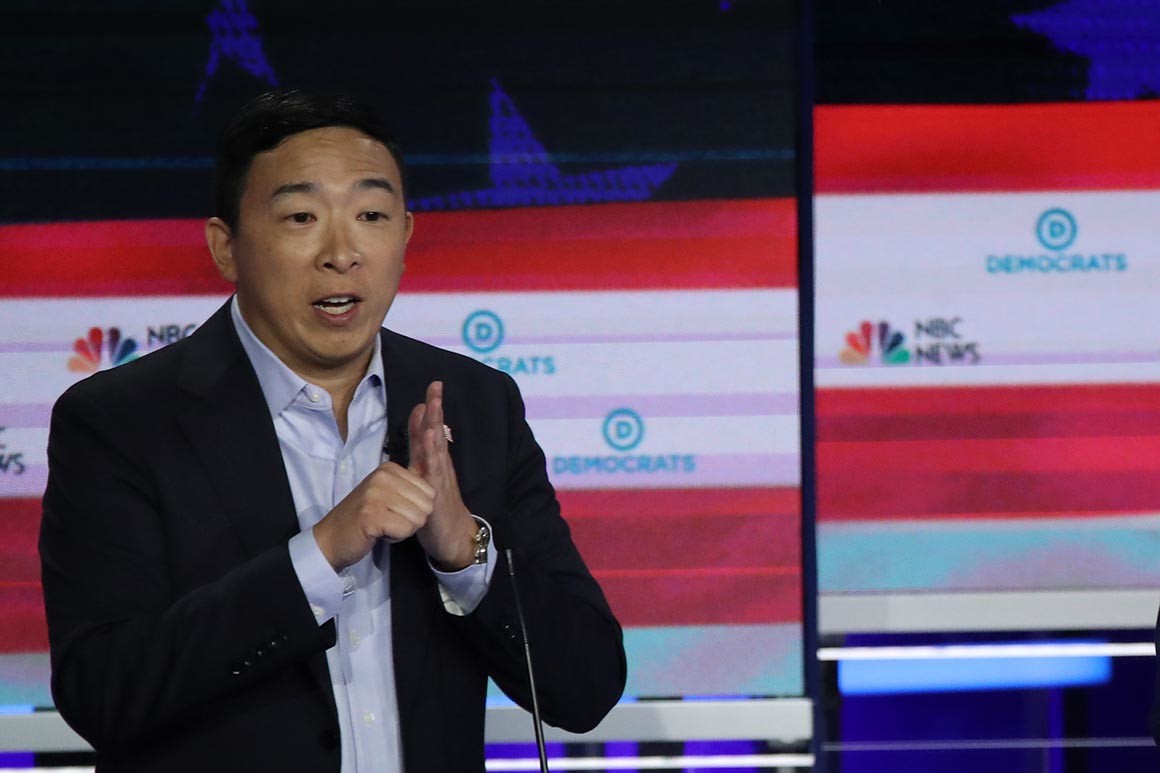 NBC News shot down 2020 presidential candidate Andrew Yang’s claim that his microphone was turned off at some points during the Thursday debate.

Yang, a tech entrepreneur, only got about 3 minutes of speaking time during the two hour debate airing on NBC, MSNBC and Telemundo. Yang told supporters at a post-debate event that, “I just started talking, being like, ‘Hey, I want to add something there,’ and my mic was, like, not on.”

Yang also said in a tweet that his microphone was turned off when he was not speaking.

Second, I feel bad for those who tuned in to see and support me that I didn’t get more airtime. Will do better (my mic being off unless called on didn’t help) and glad to have another opportunity in July (and afterwards)!

“It’s like, I was talking but nothing was happening,” Yang continued.

NBC strenuously denied Yang’s claim. “At no point during the debate was any candidate’s microphone turned off or muted,” the network said in a statement to Mediaite.

Despite not having much of a chance to speak on Thursday, Yang stands a decent chance of making the next debate. He has told reporters he is likely to hit the 130,000 individual donors marker required for the third debate, as he has already reached 128,000 donors earlier this week.

Andrew Yang tells reporters he’s reached 128k individual donors and will probably hit the 130k needed to qualify for the third debate before tomorrow. Says unlike other candidates, he doesn’t need a “hail Mary” moment in this debate.