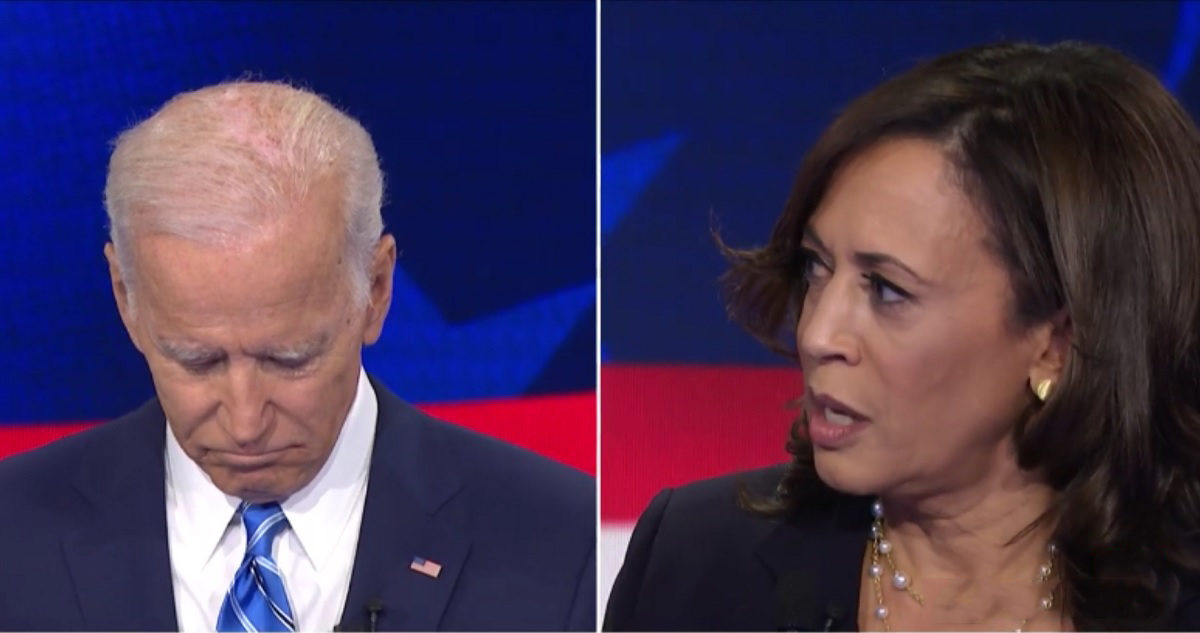 At a campaign stop in Iowa, 2020 Democratic candidate Sen. Kamala Harris appeared to flip-flop on her busing policy attack against frontrunner Joe Biden, which was the seminal moment in last week’s second Democratic debate. And in doing so, she reignited a Twitter beef between her campaign’s spokespersons and Biden’s.

According to comments made Wednesday and reported by the AP, Harris seemingly reversed her position on federally-mandated busing as a means to integrate public schools at a Democratic Party picnic in West Des Moines. Speaking to reporters after the event, Harris said busing is among many policy solutions “in the toolbox” to achieve desegregation, adding: “I believe that any tool that is in the toolbox should be considered by a school district.”

But deferring to the judgment of local school districts and city councils on busing policy was the same position that Biden took during the debate — and that Harris openly attacked, saying “that’s where the federal government must step in.” Veteran political pundits, like former Obama campaign chief David Axelrod, quickly picked up on the importance — and potential hypocrisy — of Harris’ inexplicable walkback.

It sounds here like @KamalaHarris is now taking something more like the @JoeBiden position on school busing. So what was that whole thing at the debate all about?https://t.co/bRDGzp7nvy

Biden campaign communications director Kate Bedingfield also took note of Harris’ new language. The Biden and Harris camps had already sparred on Twitter about busing earlier in the week and Bedingfield took this latest opportunity to hit back at a rival candidate that several new polls now show trailing Biden by only a few percentage points.

It’s disappointing that Senator Harris chose to distort Vice President Biden’s position on busing — particularly now that she is tying herself in knots trying not to answer the very question she posed to him! https://t.co/kiYYk5kg3m

VP Biden said: “Who the hell do we think we are that the only way a black man or woman can learn is if they rub shoulders with my white child?” He called busing an “asinine concept.”

C’mon. Y’all are better than this. https://t.co/usDNsgxOYu

This isn’t the first time Harris has made a splash with her campaign trail rhetoric only to later walk it back, though. At a highly-rated CNN town hall during the spring, the California senator drew widespread attention by appearing to endorse the elimination of private health insurance companies as part of a push for Medicare-for-All. But she then disavowed that policy in subsequent interviews. And the same pattern emerged last week, when she retroactively reversed the apparent pledge she made to eliminate private insurance during the debate, claiming she misunderstood the moderator’s admittedly awkward question.