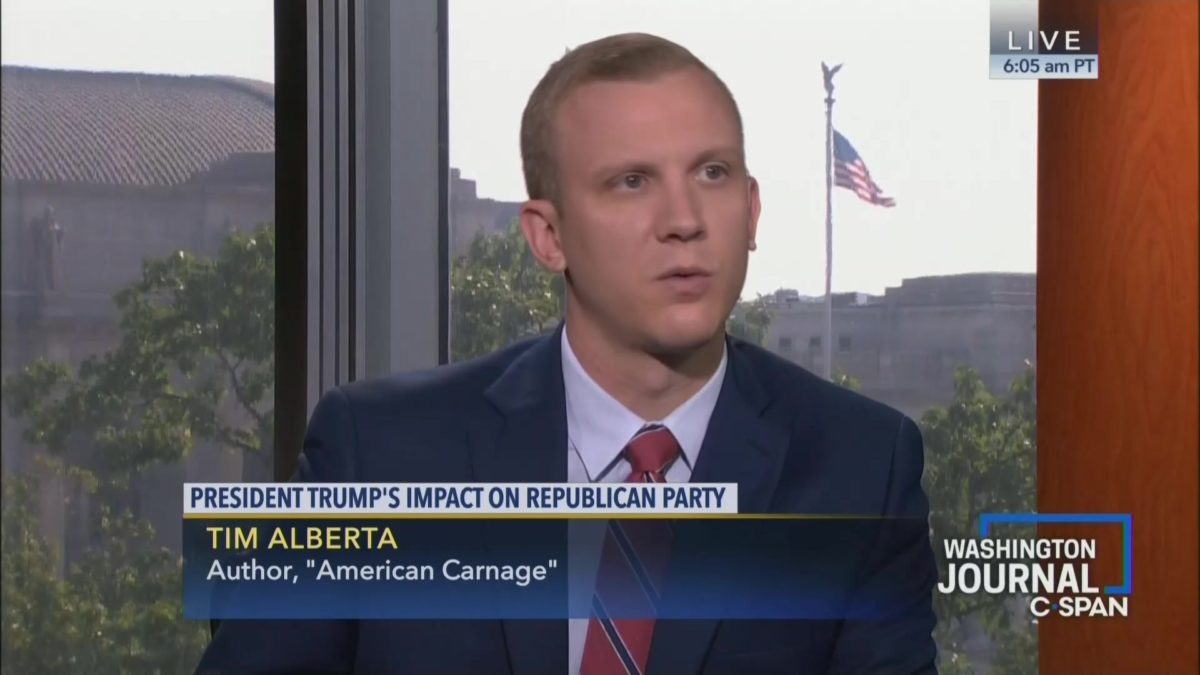 The report from NBC’s Dylan Byers says the DNC thinks Alberta is “ill-suited” to moderate the Democratic debate in December because he used to write for National Review and writes about the Republican Party, and other journalists at Politico and PBS agree with the assessment.

“Politico’s decision to push for Alberta has rankled officials at the DNC, as well as some journalists at PBS and even Politico, the sources said. The reason: Alberta previously wrote for National Review, a conservative magazine, and has spent the bulk of his recent career chronicling the Republican Party.

Democratic Party officials say such a journalist is ill-suited to co-moderate a debate meant to better inform Democratic voters about their potential nominees.”

A number of journalists and others who know Alberta tweeted out their support for him following the report’s publication, stressing that they know Alberta – Politico’s chief political correspondent – to be plenty qualified to moderate.

This is insane. @TimAlberta is one of the best journalists covering politics in America today https://t.co/D91gdjSFV0

.@TimAlberta is a fantastic journalist and I will vouch for his fairness, integrity and smarts any day. https://t.co/qNuGMqQ4LG

1. @TimAlberta is an excellent journalist, and if you think he’s soft on the GOP, listen to this podcast: https://t.co/zcJtBVRaku

2. The “view from nowhere” politics of top news anchors is also a bias. Smart moderation from the left and right would be preferable.

Not a good look. https://t.co/JsAUfjZIq2

I don’t know what @TimAlberta’s political beliefs are and I’ve never asked him in years of working together.

I just know he’s one of the most thorough, thoughtful and talented reporters I’ve ever worked with. He’s dedicated to his craft and cares deeply about accuracy.

If PBS is objecting to @TimAlberta because of he did a job in conservative media at one point, wait until they hear about who hosts the channel’s Washington Week https://t.co/kuVYzXEHuK

I worked with @TimAlberta for years and will match his integrity and honesty up with any reporter’s. He would be tough on the candidates, and that’s what the DNC should want. https://t.co/AAydYHqrKj

There is a long history of political operatives and writers going on to moderate political debates and anchor shows, including AT PBS. @TimAlberta is well-qualified to do this. #teamAlberta

Seems to me @TimAlberta would be at pains to be/appear fair at such an event, whereas “mainstream” debate moderators have consistently forced Dems to respond to one stupid GOP talking point after another. https://t.co/ybX4Pd8Mh3

Tim is a great reporter & colleague & would be a terrific moderator. https://t.co/eBAhHQ882b

actually Tim Alberta should moderate all of the debates. thanks https://t.co/3H2wfKsCxG