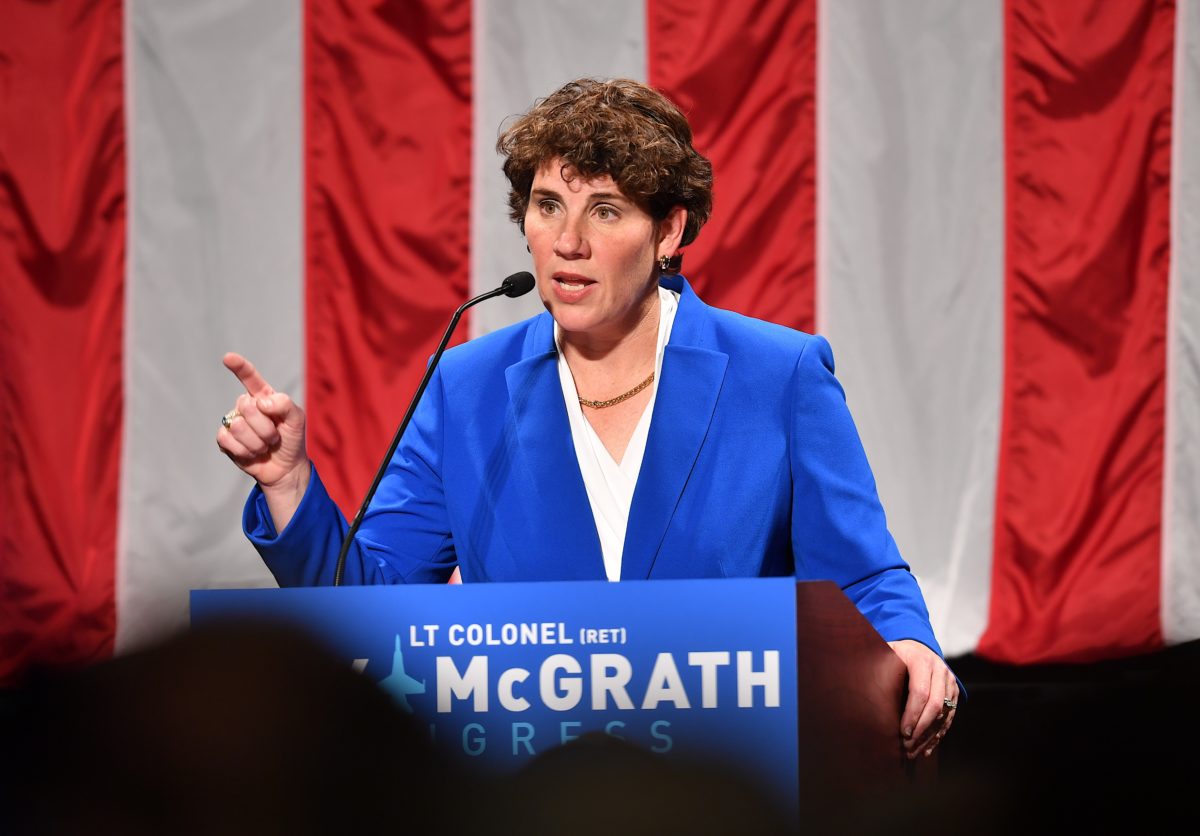 Republican Senator Mitch McConnell’s Democratic challenger, Amy McGrath, reversed course on whether she would’ve voted to confirm Brett Kavanaugh last fall. But then after bipartisan mockery of her flip-flop, she came back around to her original position just hours later.

In an interview with the Louisville Courier-Journal, McGrath initially changed her position from just one year ago, when she publicly opposed his confirmation while running for a Kentucky House seat. However, in her new reasoning McGrath said she believed the account of Dr. Christine Blasey Ford, who testified before Congress that Kavanaugh sexually assaulted her in high school.

“Yeah, I think [Blasey Ford’s account] is credible. I think this is — I think many Republicans thought it was credible,” McGrath told the Courier-Journal

“That wasn’t disqualifying then?” asked the reporter.

“Well, I mean I think, again, I think it’s credible but given the amount of time that lapsed in between and from a judicial standpoint, I don’t think it would really disqualify him,” McGrath offered by way of an explanation.

Within hours, however, McGrath did a full 360, announcing on Twitter that she had changed her mind about changing her mind.

I was asked earlier today about Judge Brett Kavanaugh and I answered based upon his qualifications to be on the Supreme Court. But upon further reflection and further understanding of his record, I would have voted no.

McGrath’s embarrassing spin comes after a blockbuster first 24 hours to her campaign, where she reportedly raised a jaw-dropping $2.5 million. McGrath’s shifting positions on the controversial Kavanaugh confirmation seemed to reflect an acknowledgement of the much tougher path to election she faces in a statewide race against McConnell. But her tortured logic and shifting principles managed to elicit bipartisan mockery on social media, nonetheless.

“[Kavanaugh] is a hardcore partisan. But we are reminded, again, that elections have consequences, and this will be with us for a generation.”

“With Judge Kavanaugh, yeah, I probably would have voted for him.”https://t.co/S0VNFThrC2 pic.twitter.com/U91jBCUFE5

Reporters could pay a bit more attention to Ted if they wanted https://t.co/uUz48nr3bQ

Well here’s one way to get Dem votes. McGrath says she “probably would have voted” for Kavanaugh https://t.co/qEYjx2zHtD

Will be interesting to see how the national money to Amy McGrath comes in after this statement:https://t.co/J3RSJr5qO5

Me watching the total meltdown on the left over McGrath flip-flopping on Kavanaugh after they’ve already thrown away $2.5 million on her. #KYsen #KYpolitics pic.twitter.com/8zN3SCuCPf

Now @amymcgrathky says she wouldn’t have voted for Kavanaugh https://t.co/agJgBkXsYY

If McGrath was smart — smarter than her handlers, smarter than Twitter outrage news cycles — she’d have stuck w/”I’d have voted for Kavanaugh” as a position and boldly demanded it as the price of admission to Dem donors for a chance to take out Cocaine Mitch. They’d have paid.