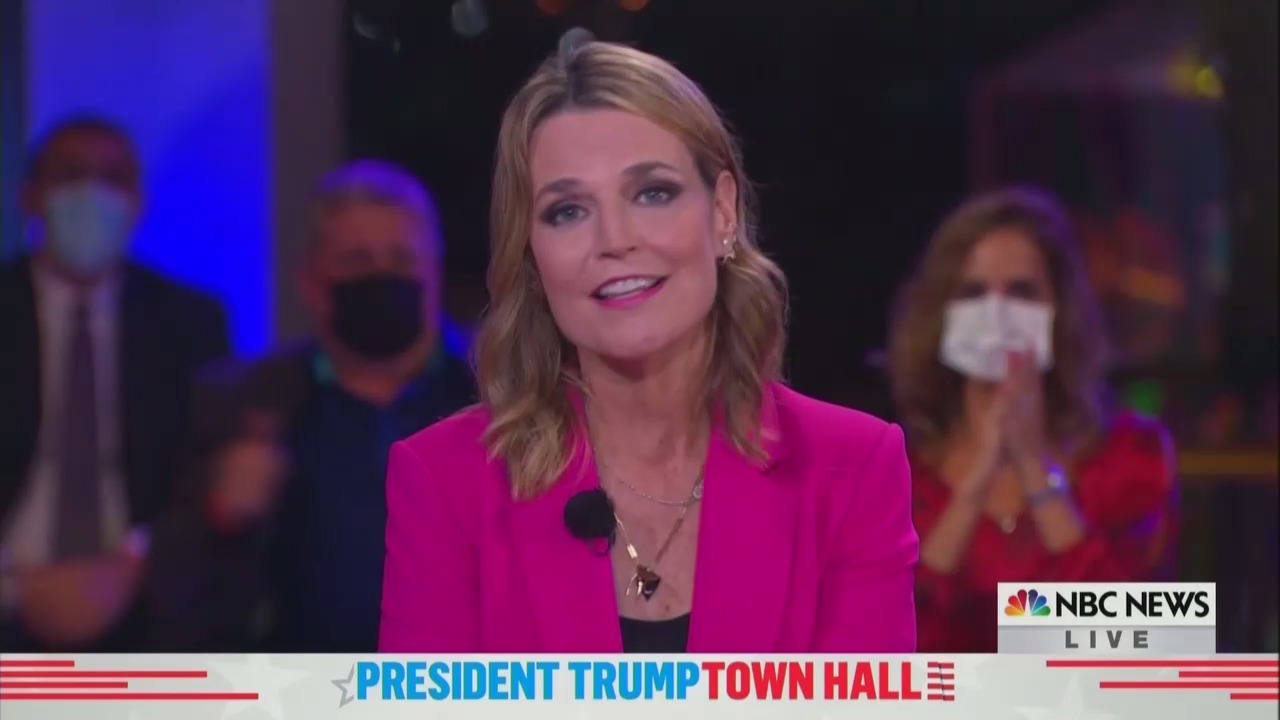 It was an event met with a great deal of criticism beforehand. But many skeptics were won over by the performance of the moderator.

Guthrie grilled the president on a variety of subjects, including; when Trump last took a test for Covid-19 prior to his positive result on Oct. 1, his refusal to condemn the QAnon conspiracy theory, and his promoting a theory that it was a body double — and not Osama bin Laden — who was actually killed in a Navy SEAL raid.

The praise was nearly universal.

“One of the best moments of Savannah Guthrie’s career,” CNN’s Brian Stelter wrote.

One of the best moments of @SavannahGuthrie‘s career.

He was not alone in expressing such glowing sentiments.

Who has taken on Trump better than Savannah Guthrie?

For everyone who @me for the last 24 hours about whether Savannah Guthrie would hold his feet to the fire..you can apologize to me now.

Savannah Guthrie is putting on a masterclass. Having fact checks ready. Not letting lengthy filibusters. Sharp questions, cutting in regularly to set the record straight and keep things focused.

I’m impressed with Guthrie’s preparedness so far – she’s been ready for some of Trump’s regular false claims.

Given the backlash against @NBCNews for holding its Trump town hall now, there was insane pressure on @savannahguthrie to press @potus at every step. That is exactly what she is doing, to superb effect.