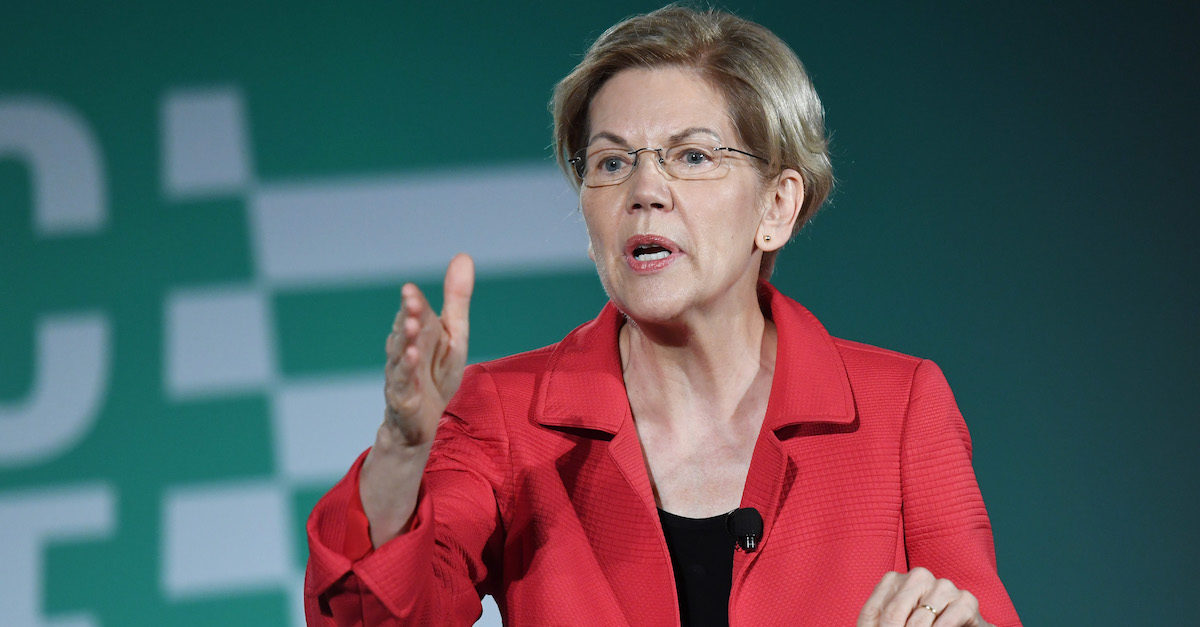 The Iowa Starting Line-Change Research poll showed Warren with a commanding lead in the Iowa Caucus, with 28% of likely Iowa caucus-goers in the poll choosing her. This is an 11-point lead over her nearest competitors, according to Iowa Starting Line.

It is also a jump of 16% for Warren from the previous poll in May.

Current Iowa Caucus standings, plus changes from our Starting Line/@ChangePolls poll in May:

Both Biden and Sen. Bernie Sanders (I-VT) were tied for second with 17% each, both losing 7% from the last poll. Mayor Pete Buttigieg came in fourth at 13% and Sen. Kamala Harris has the backing of 8%.

The poll was conducted online August 9 to 11, right in the middle of Iowa State Fair campaigning, and surveyed 621 likely Democratic caucus-goers on questions related to the Democratic primary. The poll had a 3.9% margin of error.